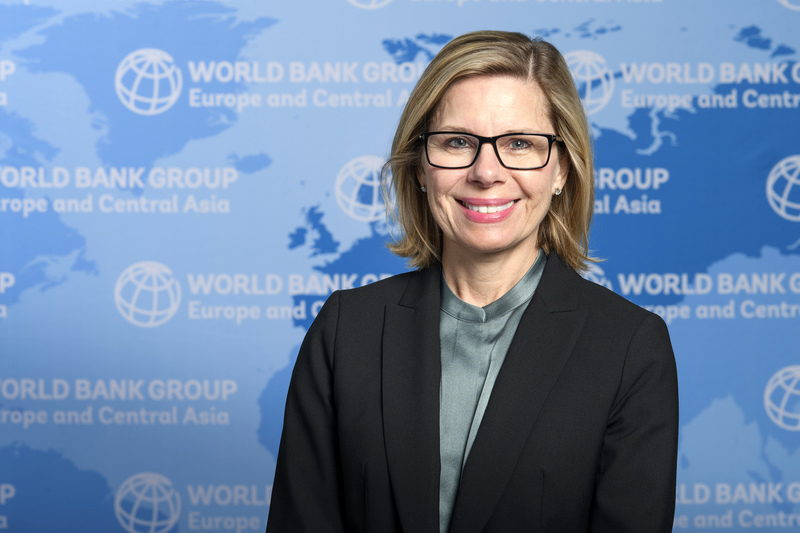 In Tashkent, Ms. Bjerde attended the Uzbekistan Economic Forum that brought together local and international participants. Along with other experts, Ms. Bjerde reviewed the progress Uzbekistan has achieved in transforming its economy since 2017 and discussed further steps the Government could take to ensure the success of the transition toward an inclusive and sustainable market economy.

“The World Bank welcomes Uzbekistan’s plans to halve poverty by 2026 and reach the status of an upper-middle-income country by 2030. The next generation of reforms will help achieve these goals if they focus on accelerating private sector growth to create new and better jobs. Equally important is transforming the role of the State from the key producer of goods and services into a facilitator of competition and growth of private firms and companies,” said Ms. Bjerde.

“The Government will also need to invest more in people through improving health, education and social protection services, as well as in greater environmental sustainability. We stand ready to support these reforms through the World Bank’s new country partnership program for Uzbekistan, which defines priority areas for our support over the next five years,” Ms. Bjerde added.

During her stay in Tashkent, Ms. Bjerde also attended a meeting of the Uzbekistan Country Platform, a forum that coordinates activities of international development partners assisting the Government in implementing reforms in various sectors. The scope and mandates of the newly created Strategic Development Agency under the Office of the President of Uzbekistan and the Agency for International Cooperation and Development under the Ministry of Investment and Foreign Trade were also presented and discussed.

The World Bank supports Uzbekistan through technical assistance and the financing of 26 projects totaling around $4.8 billion. These projects provide support in critical areas such as macroeconomic reforms, agriculture, health, education, water supply and sanitation, energy, transport, social protection, urban and rural development, and mitigation of health, economic and social consequences of the COVID-19 pandemic.