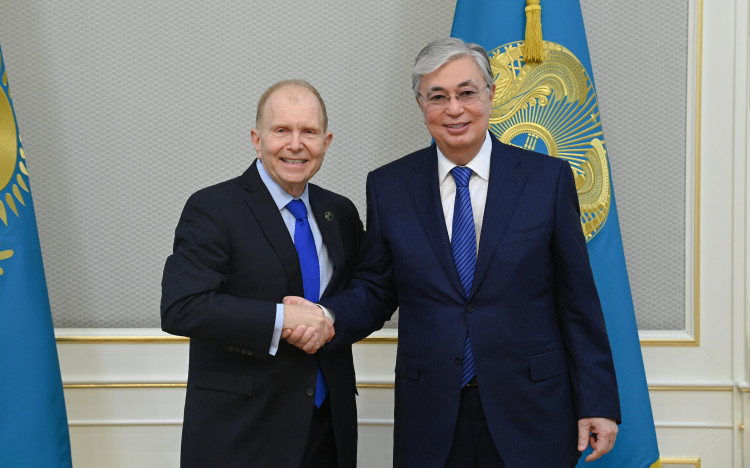 AKIPRESS.COM - President of Kazakhstan Kassym-Jomart Tokayev received U.S. Ambassador to Kazakhstan William Moser in connection to the completion of his diplomatic mission in the country.

Tokayev thanked William Moser for his contribution to the development of the Enhanced Strategic Partnership between Kazakhstan and the United States.

“I would like to express my appreciation for your excellent job as the Ambassador of the United States to Kazakhstan. Your country is among the first to have recognized Kazakhstan’s Independence. We will never forget this fact,” the President's press office said Tokayev as saying.

The Head of State reaffirmed the strong commitment of the Kazakh side to expand constructive cooperation with the United States for the benefit of the peoples of the two friendly countries.

In turn, William Moser thanked Kassym-Jomart Tokayev for his support and highly valued the political and economic reforms carried out in our country. In addition, the American diplomat stated Washington’s commitment to ensuring stability and security in Central Asia.

In addition, President Tokayev and Ambassador Moser discussed a number of pressing issues of bilateral cooperation and the regional agenda, including the situation in Afghanistan.

At the end of the conversation, the Head of State handed William Moser the Letter of Appreciation and a special badge, wishing him further success in the diplomatic service.