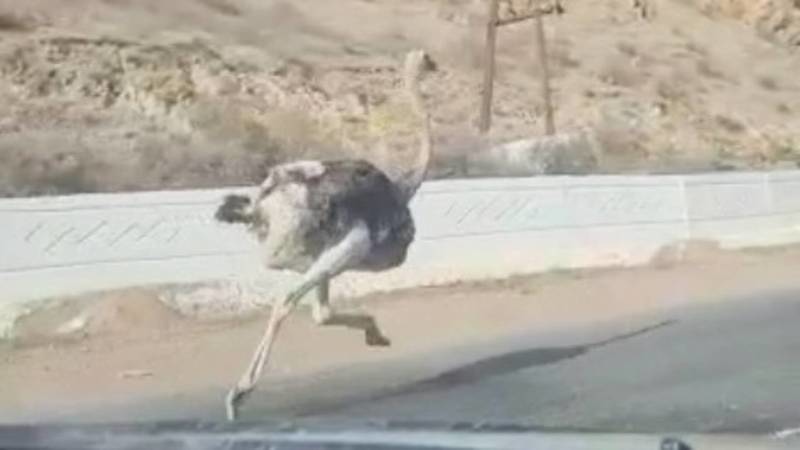 AKIPRESS.COM - An ostrich was caught on camera by an eyewitness running along the highway in the Boom Gorge.

"Ostrich is running along the Boom Gorge right in the middle of the road," the eyewitness said.

Presumably, the bird was hit by a car. It's not yet known where this bird was from.