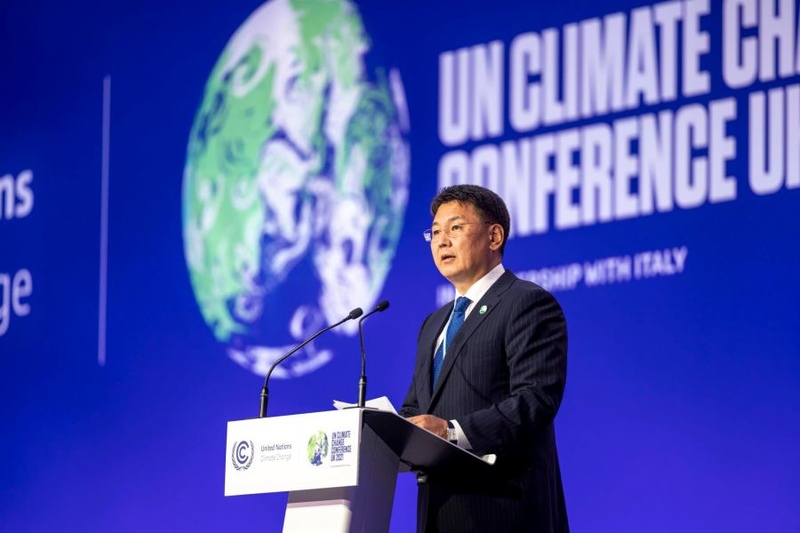 As organizers of the summit, Prime Minister of the United Kingdom of Great Britain and Northern Ireland Boris Johnson and Secretary-General of the UN António Guterres greeted President U.Khurelsukh to express gratitude for making time to attend the summit in-person.

State and government heads of over 130 countries are attending the summit being organized in the framework of the 26th UN Climate Change Conference taking place between October 30 and November 12.

The summit aims to accelerate the implementation of the Paris Agreement by further defining the commitments made by countries and gathering financing in the framework of the measures to be taken for net-zero greenhouse gas emissions by 2050 and limiting global warming to 1.5°C.

Mongolia aims to reduce greenhouse gas emissions, the main cause of climate change, by 22.7 percent by the year of 2030. With the introduction of new technologies and innovative solutions, and the establishment of a sustainable system for green financing, it is planned to further increase the reduction of GHG, reaching 27.2 percent.