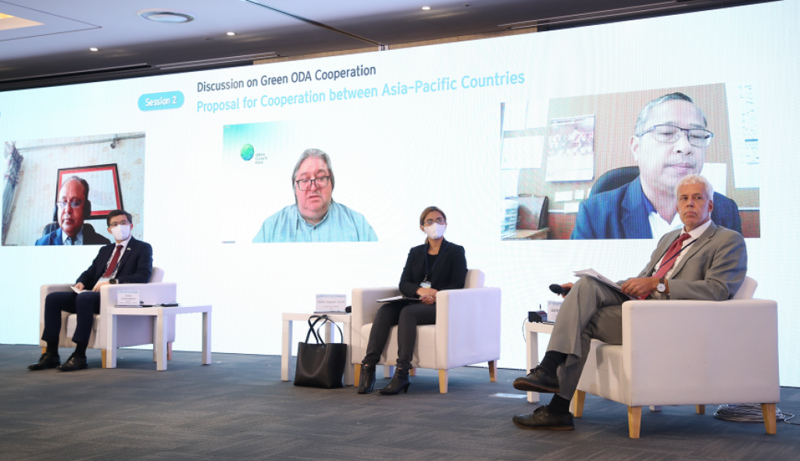 At the session Korean-Asian cooperation in the development of a green economy under the ODA program, Uzbekistan diplomats presented the initiatives of the President of Uzbekistan for the development of a green economy, including those voiced at the P4G summit, held in May 2021 in Seoul and at the 76th session of the UN General Assembly in September this year.

The international community was informed about the main targets of the comprehensive Strategy for the transition to a green economy and the Program for the Development of Renewable and Hydrogen Energy, as well as the priority areas of green recovery adopted in Uzbekistan.

Proposals were presented for the active participation of KEITI, KOICA and other involved organizations in South Korea and international organizations such as GGGI and the GCF in the implementation of ODA projects in Uzbekistan, in particular, aimed at mitigating the negative effects of the environmental crisis associated with drying out of the Aral Sea.