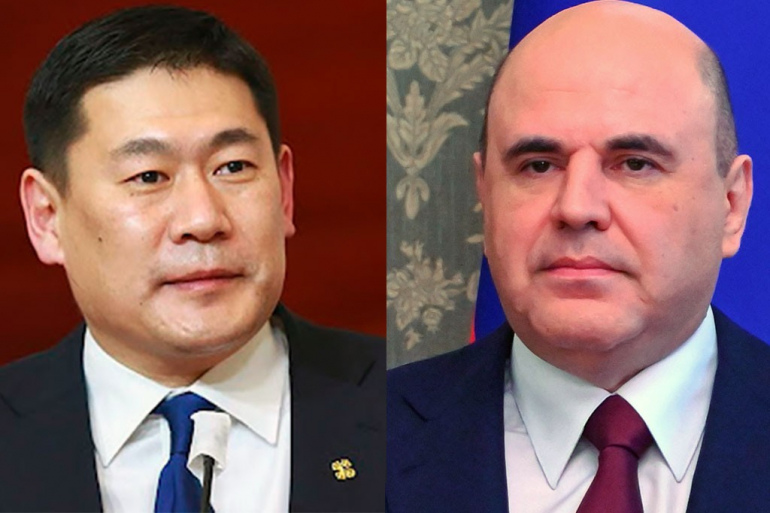 The two Prime Ministers expressed their pleasure for that the two countries are marking the 100th anniversary of the establishment of diplomatic relations between Mongolia and the Russian Federation throughout the whole year, Montsame reports.

The two sides noted that during the historical period of time, the two countries have overcome biggest challenges with joint efforts and made great achievements in the development.

Furthermore, discussions were held on intensifying preparations to make the upcoming visit of the President of Mongolia to Russia more effective.

Mentioning that the issue related to the establishment of a company jointly with Rosneft company that would supply fuel for the new Chinggis Khaan International Airport was resolved, PM L.Oyun-Erdene noted the importance of consistent supply of fuel to Mongolia in accordance with the schedule. Russian side undertook to put emphasis on the issue.

He also emphasized the possibility of Russian entities’ participation in railway and energy projects to be implemented in Mongolia.

The parties agreed to hold a regular meeting of the Mongolia-Russia Intergovernmental Commission within this year to discuss and resolve the issues, touched by the Prime Ministers of the two countries. The Prime Ministers also agreed to continue to work closely and to meet in person at mutually convenient time.