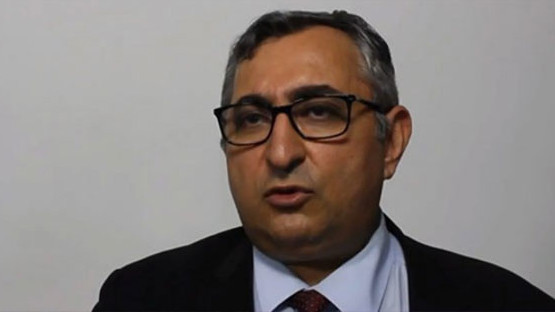 AKIPRESS.COM - The 8th Summit of the Turkic Cooperation Council will be held in Istanbul. AKIpress has interviewed the Director of the Ankara Center for Crisis and Policy Research, Seyfettin Erol, in run up to the summit.

The Foreign Ministers of Turkic Council participating countries in September made a joint statement on Afghanistan in Istanbul. What’s Turkey’s interest in Afghanistan and can Turkic states have one position on this country?

- For Turkey, Afghanistan is not only the country for mutually beneficial relations, but also the country of friendship and solidarity for over 100 years. Turkey aims to establish peace and stability in Afghanistan, where conflict has been ongoing for more than 40 years. Along with the permanent peace, Afghanistan will be able to participate in regional cooperation and the rise of Asia will gain a more stable dimension. Besides, Afghanistan is a bridge between the Central Asian countries and  South Asia. Countries in the region also have close relations with Turkey. The deterioration of regional stability and the threat of security problems to these countries will adversely affect Turkey’s relations with the region. In this sense, Turkey approaches Afghanistan within the framework of common cultural values and civilization, apart from the global power competition.

When the policies implemented by Turkey and the Turkish states in Afghanistan are considered from this perspective, the constructive nature of these policies can be seen much more clearly. At time when countries are in conflict of interest over Afghanistan, Uzbekistan revealed the attitude of the Turkish states to the whole world, by organizing a conference “Central and South Asia: Regional Connectivity. Challenges and Opportunities” on 15-16 July 2021. It can be said that the Turkish states have taken a common stance on Afghanistan-centered developments. In this context, there is an approach that prioritizes mutual respect. The Turkic Council member states think that by including Afghanistan in regional cooperation processes, regional stability can be achieved and this will ensure that security threats are eliminated.

The meeting held by the Council of Foreign Ministers of the Cooperation Council of Turkic Speaking States also includes important details at this point. In the statement published after the meeting, the sovereignty, independence, territorial integrity and right of the Afghan people to live in dignity were emphasized. In addition, the member states have stated that they are ready to contribute to national reconciliation in order to achieve lasting peace in Afghanistan, that Afghanistan should not become a base of terrorism, that it is important not to ignore human rights and that an inclusive government should be established. The Turkic Council countries, while aiming to protect their independence, sovereignty and territorial integrity, also pay attention to sensitivities of the other actors. This policy presents the roadmap for involving Afghanistan in regional cooperation and projects in a humane and peaceful way in order to create a prosperous future based on mutual respect.

- The Cooperation Council of Turkic States will become a Turkic Union at the Turkic Council Summit. Is it a new stage of integration or this just shows the growing influence of Turkey?

As it is known, Turkey is not the country that played a role in the establishment of the Turkic Council. Nursultan Nazarbayev, the Founding President of Kazakhstan, led this process. This has made him the wisdom leader of the Turkish World. Turkey is the most experienced state of the Turkic world. As a matter of fact, it has been aiming to improve its relations with the Turkic world for a long time. The most important detail here is that Turkey acts with common cultural and historical values. Increasing cooperation between the parties is based on mutual interests. Along with this, Turkey respects sovereignty, independence and territorial integrity of countries and expects a similar respect from other countries. Additionallu, the Turkic Council tries to protect independence, sovereignty and territorial integrity of its members. Common historical and cultural values are decisive in the development of relationship between member states. In addition, there are unity and future goals shaped around common interests. In this process, there is a strong “common will” that does not have an aggressive and expansionist character. It would be an erroneous assessment to see this common will as Turkey's growing influence.

The fact that the name of the Turkic Council is the Turkish Union is not just a development that Turkey wants. As it is known, all members, from Kazakhstan to Kyrgyzstan, support the aforementioned change and act within the framework of a common decision-making approach. In this context, Turkey approaches the internal and external issues of the members of the Turkic Council with great respect. For this reason, observer member Hungary and Turkmenistan, a country with Permanent Neutrality Status, are actively participating in the activities of the Turkic Council. As a result, the change of the name of the Turkic Council is not in the form of an increase in Turkey's influence but an indicator of increasing cooperation and solidarity among the members of the organization. Moreover, the countries of the Turkish World have been very sensitive about their sovereignty, independence and territorial integrity since the day they gained their independence. Relationships are shaped by constructive cooperation by understanding these sensitivities in line with mutual respect. In addition, Turkey is the gateway of the regional states to the West. This is only one of the issues that affect the Turkic Council member states' willingness to cooperate with Turkey.

- Does Turkey have resources to attract Central Asian states for deeper integration?

Turkey is a country with a significant historical background. Thanks to its political experience, it succussed to develop important strategies during the crisis in the world. For example, one of the first things he did when the Republic of Turkey was founded was to establish alliances both for the development of cooperation and for ensuring regional security. Within this period, Turkey signed the Balkan Pact with actors such as Greece, Yugoslavia and Romania. It can be given similar examples to this pact such as the Sadabat Pact and the Baghdad Pact which was signed by Turkey in history. Turkey has a substantial military power. This has made Turkey an vital part of the NATO alliance. Moreover, Turkey is among the top 20 economies of the world. All these experiences also contribute to the integration process that Turkey has developed with the Central Asian countries. This integration process is based on a mutual interest relationship. In this sense, it is important for Asian countries to establish relations with each other and with other states. Turkey supports these integration processes and acts as a part of it. Reality of the rising Asian makes the cooperation of Asian states much more significant than in the past. Turkey cannot be expected to stay out of these processes. On the contrary, Turkey plays a critical role in the processes that have developed and will be developed thanks to the experiences it has gained. It can be also predicted that it will play this role in the future.

- Is there any Turkey's strategy to more effectively exploit historical, cultural, linguistic closeness with Central Asia?

As it is known, states that have common values in international relations can act together. This is basically what we see in this integration process. However, actors with different identities are never excluded. On the contrary, an approach is asserted that differences are seen as richness.