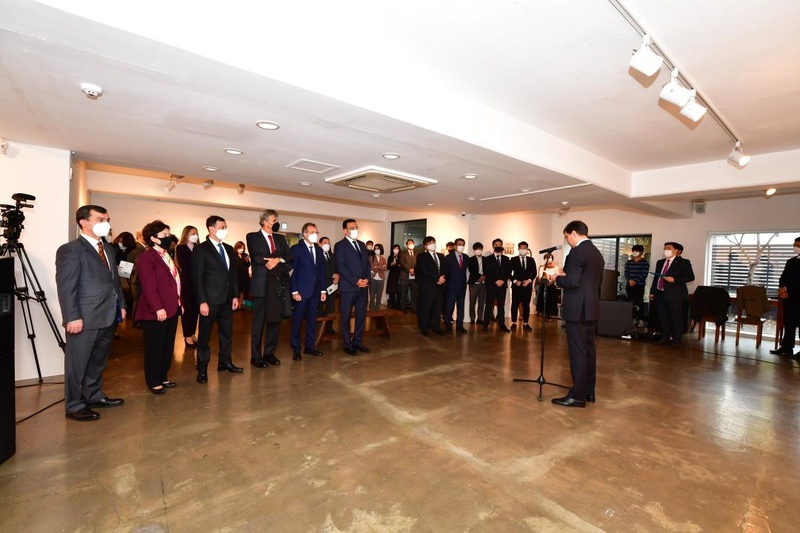 On the opening the ceremony, Ambassador of Kazakhstan Bakyt Dyussenbayev noted that Kazakhstan became the first country in the world to close a nuclear test site, and also voluntarily renounced the fourth largest nuclear arsenal. He especially noted the role of the First President of the Republic of Kazakhstan - Elbasy Nursultan Nazarbayev, who officially closed the Semipalatinsk nuclear test site on August 29, 1991 and laid the foundation for the development of modern Kazakhstan.

The opening ceremony of the exhibition was attended by representatives of the diplomatic corps, politicians, businessmen, specialists in the field of nuclear disarmament, as well as scientists and researchers from Korean universities.

The exhibition consists of two sections. The first section "Kazakhstan's path to a nuclear-free world" presents the tragic history of the Kazakh land, which has become a nuclear test site. The second section "Modern Kazakhstan" presents the modern development of Kazakhstan, tourist attractions of the country, culture and history of Kazakh people.