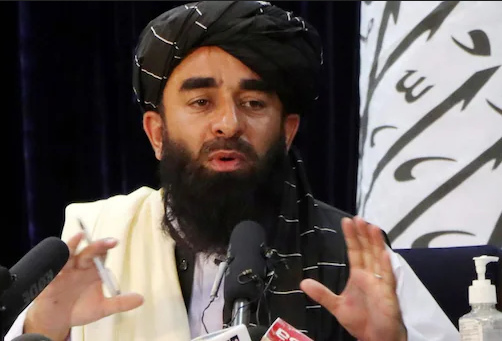 AKIPRESS.COM - The Taliban regime in Kabul on Thursday said that India was an important country in the region and it wants to maintain good diplomatic ties with them. It said the first Delhi Regional Security Dialogue on Afghanistan convened by India on November 10 was in its better interest, The Times of India reported.

Taliban Spokesperson Zabihullah Mujahid assured that as per the "policy of Islamic Emirates of Afghanistan", its land will not be used against any country and that the Taliban wants mutual cooperation.

“Though we were not present in this conference, we firmly believe that this conference is in the better interest of Afghanistan as the entire region is considerate of the current Afghan situation and the participating countries also must be thoughtful of improving and safeguarding the security situation in Afghanistan and helping the current government to ensure security in the country on its own,” said Mujahid.

He added, “we are optimistic, because the whole region needs stability and security in Afghanistan, that the meetings pave the way to understanding, and they are hopefully in the benefit of Afghanistan.” He expressed hope the outcome will be “utilised and implemented”.

The Taliban claimed that they have already fulfilled all the demands mentioned during the conference on Afghanistan, news agency ANI quoted TOLO News as saying.

On Wednesday, India’s National Security Adviser Ajit Doval chaired a meeting of Secretaries of Security Councils of eight countries, where the participants discussed "the evolving situation in Afghanistan, especially the security situation and its regional and global ramifications".

In a joint declaration issued after the conference, the eight nations said the Taliban-led country's territory should not be used for sheltering, training, planning or financing terrorism. Eight countries, including India, Iran, Kyrgyzstan, Kazakhstan, Russia, Tajikistan, Turkmenistan and Uzbekistan attended the high-level meeting in tNew Delhi. Pakistan and China, two Asian countries with high stakes in Afghanistan, however, skipped the dialogue.

The participants expressed deep concern over the suffering of the people of Afghanistan arising from the security situation and condemned recent attacks by terrorists. The nations also stressed on the need to form an inclusive government that "represents the will of all the people of Afghanistan and has representation from all sections of their society, including major ethno-political forces in the country." The NSAs/Secretaries of the Security Councils said the fundamental rights of women, children and minority communities must not be violated in the country.

A day after the conference, the Indian government said while it is committed to providing humanitarian assistance to Afghanistan, the situation on the ground remained difficult because of a lack of unimpeded access for aid to the country.

India is still awaiting Pakistan's approval for transporting wheat to Afghanistan by road.