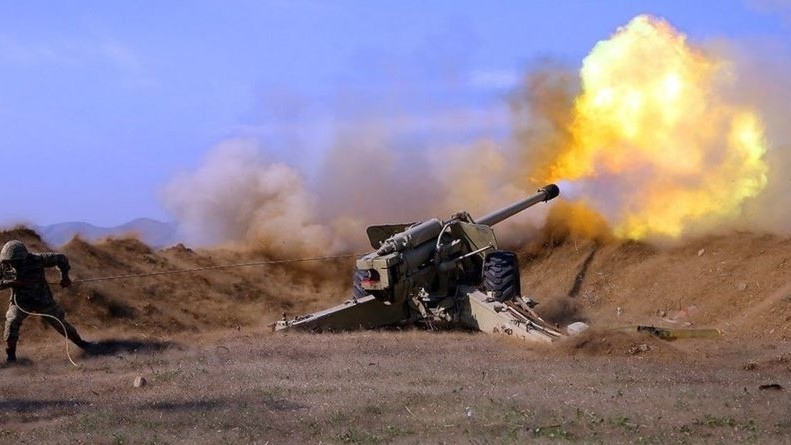 AKIPRESS.COM - A number of Armenian soldiers have been killed and captured in a flare-up of violence on the border with Azerbaijan, Armenian officials say, BBC reports.

Armenia said some of its troops had been killed and two combat positions had been lost, while Azerbaijan said two of its soldiers were injured.

Later on Tuesday, both sides reportedly agreed to a Russian-brokered ceasefire.

More than 6,000 lives were lost in last year's war over the disputed territory of Nagorno-Karabakh.

Azerbaijani forces, backed by Turkey, managed to recapture large swathes of the region of what is internationally regarded as part of Azerbaijan.

On Tuesday, Armenia asked Russia, a key security ally with long-standing ties to the former Soviet republic, to help defend its territorial sovereignty against Azerbaijan.

Both the Armenian and the Russian defence ministries later said that the Russian-backed truce was agreed.

Azerbaijan has not publicly commented on the issue.

Earlier, Armenia blamed Azerbaijani troops for the latest outbreak of fighting and said 12 soldiers had been captured.

It did not immediately confirm details of casualties - but the head of parliament's foreign relations committee, Eduard Aghajanyan, said as many as 15 soldiers may have died.

Azerbaijan's defence ministry accused Armenia of "large-scale provocations against Azerbaijan in the Kalbajar and Lachin regions of the state border".

It said Armenia "launched a sudden military operation" to "take more advantageous positions" - but that the attack had failed.

But according to Armenia's foreign ministry, Azerbaijani forces attacked the eastern border as part of a policy that began in May aimed at infiltrating two Armenian areas - Syunik in the south-east and Gegharkunik in the east.