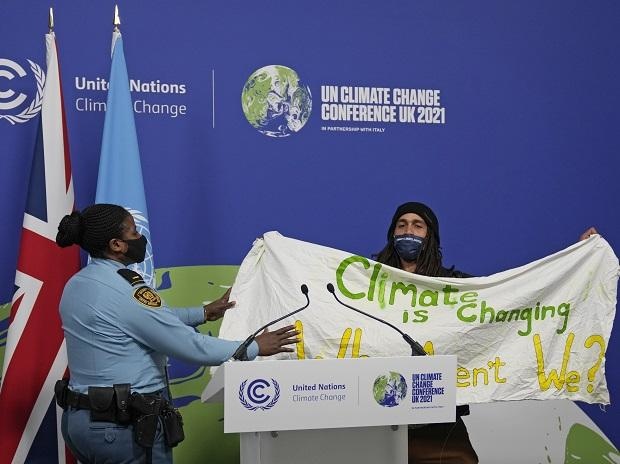 AKIPRESS.COM - Change promoted by India commits to "phase down," rather than "phase out" coal power, the single biggest source of greenhouse gas emissions, Business Standard reported.

Negotiators from nearly 200 countries accepted a new climate agreement after the COP26 summit in Glasgow concluded on Saturday with a deal, which recognizes India's intervention for the world to "phase down" rather than "phase out" fossil fuels.

Nation after nation had complained after two weeks of U.N. climate talks in Glasgow, Scotland, about how the deal did not go far or fast enough. But they said it was better than nothing and provided incremental progress, if not success.

In the end, the summit broke ground by singling out coal, however weakly, by setting the rules for international trading of carbon credits, and by telling big polluters to come back next year with improved pledges for cutting emissions.

“Our fragile planet is hanging by a thread,” United Nations Secretary-General Antonio Guterres said in a statement. “We are still knocking on the door of climate catastrophe.”

Indian Environment Minister Bhupender Yadav argued against a provision on phasing out coal, saying that developing countries were “entitled to the responsible use of fossil fuels.”

U.S. climate envoy John Kerry said governments had no choice but to accept India’s coal language change: “If we hadn’t done that we wouldn’t have had an agreement.” But he insisted the deal was good news for the world.

“We are in fact closer than we have ever been before to avoiding climate chaos and securing cleaning air, safer water and healthier planet,” he said later at a news conference.

China on Monday asked developed countries to stop using the coal first and provide financial aid to developing countries to adopt green technologies as it defended its move to join hands with India in calling for "phase down" instead of "phase out" of coal in the final text of the COP26 conference declaration.

"Green and low-carbon transition is the overwhelming trend that all countries should work together for. China attaches high importance to energy transition,” Chinese Foreign Ministry spokesman Zhao Lijian told a media briefing.

He was responding to a question on COP26 Chairman Alok Sharma's reported comments that China and India need to explain to developing nations why they watered down the language on efforts to phase out coal at the conference and rejected calls for "phasing out" coal firepower instead opted to "phasing down". He praised India for its pledge to target net zero greenhouse gas emissions by 2070.

"In many developing countries, not everyone has access to electricity and energy supply is not adequate. Before asking all countries to stop using coal, consideration should be given to the energy shortfall in these countries to ensure their energy security," Zhao said.

Chinese official media has criticized the Western media for targeting China and India for pressing “phase down" use of coal power instead of "phase out” in the final text adopted by 197 countries at the COP26 conference which concluded last week.

Swiss environment minister Simonetta Sommaruga said the change will make it harder to limit warming to 1.5 degrees Celsius since pre-industrial times - the more stringent threshold set in the 2015 Paris Agreement.

Many nations approached the deal from a more positive perspective. In addition to the revised coal language, the Glasgow Climate Pact included enough financial incentives to almost satisfy poorer nations and solved a long-standing problem to pave the way for carbon trading.

The agreement also says big carbon polluting nations have to come back and submit stronger emission cutting pledges by the end of 2022.