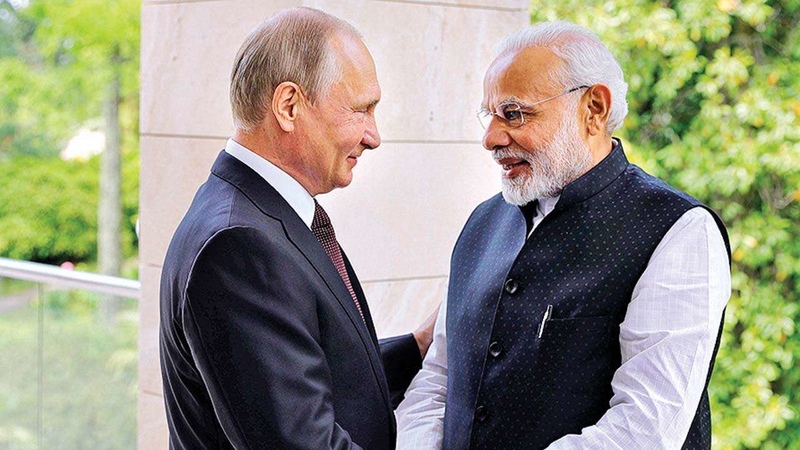 AKIPRESS.COM - Russian President Vladimir Putin is most likely to visit India in the first week of December, with the expected date being December 6 for the annual summit between the two countries, DNA reported.

The one-day visit to Delhi will see the Russian President hold talks with Prime Minister Narendra Modi. A number of agreements is expected to be signed during the visit. The summit happens even as the first batch of S400 air defense system are reaching India.

Putin last visited India in 2018 for the annual summit. Interestingly, it was during that visit the contract for the S400 system was signed between India and Russia.

The visit by the Russian President will be his second foreign visit this year, the first one being to Geneva for a summit-level meeting with US President Joe Biden. He had joined the G20 summit in Italy virtually due to the COVID crisis at home.

Last year the annual summit could not happen due to the COVID crisis. Russia and Japan are the only two countries with which India has such annual summit-level mechanism that alternates between the respective countries. So far, 20 Annual Summit meetings have taken place alternatively in India and Russia. In 2019, PM Modi had visited the far eastern Russian city of Vladivostok and was also the Guest of Honour for the 5th Eastern Economic forum. India had then announced a $1billion soft credit line to boost Indian business participation in Russia’s development, especially in the Far East.

The COVID crisis naturally will be the main subject of discussion during the summit. Russia's sputnik V vaccine is being produced in India, and during the deadly second wave of COVID crisis, Moscow had sent humanitarian support to New Delhi.

Both countries are also engaged in Afghanistan, with Russian National Security Advisor (Secretary of the Security Council) Nikolai P. Patrushev visiting Delhi two times since the Taliban takeover of Kabul in August to discuss the situation in the country.

A section of analysts say that India joining Quad and Prime Minister Modi's recent visit to the United States has given an impression that India, a traditional friend of Russia has started tilting towards the United States. However, India has maintained that it shares good and healthy stand-alone relations with both Russia and US and is not tilting towards one or the other.

Defence forms the main pillar of the relationship, with Russia being India's largest defence partner. The manufacture and co-production of four Project s 1135.6 Frigates, manufactured in India of assault rifle - AK-203, through 100% indigenization, additional supplies of Su-30 MKI, as well as the MiG-29s, additional supplies of the MANGO ammunition & VSHORAD systems are among the key projects.