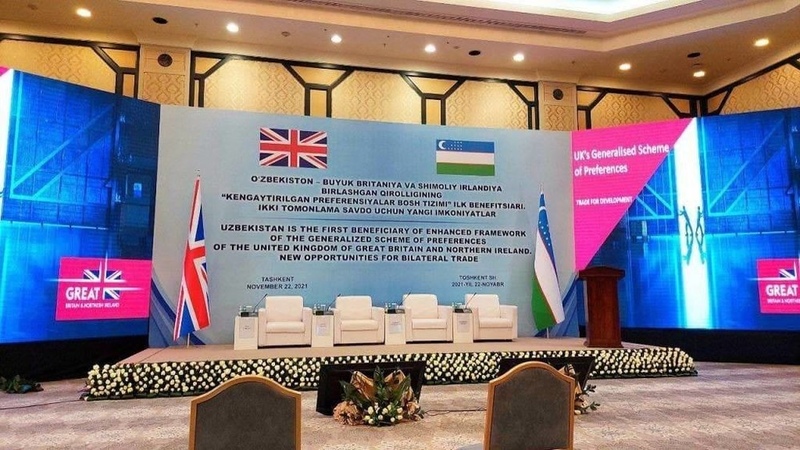 AKIPRESS.COM - Uzbekistan was officially admitted to the enhanced framework of the UK’s Generalised Scheme Preferences (GSP) on November 1.

A press conference was held on the accession of Uzbekistan to the system on November 22 in Tashkent, UzA reported.

The event was organized in cooperation with the British Embassy in Tashkent and the Ministry of Investments and Foreign Trade of Uzbekistan.

One of the factors in granting the status of the beneficiary of the GSP enhanced framework was the fact that Uzbekistan has ratified 27 key international conventions in the field of human rights, labor standards, environment and good governance.

Uzbekistan became the first state to join this system. Both countries are interested in enhancing trade relations, especially now that zero import duties have been established on more than 7,800 types of goods produced in Uzbekistan.

The GSP enhanced framework gives Uzbekistan access to the world’s fifth-largest economy and the world’s most international consumer and retail market at over £437 billion.

For the UK, this creates a trade bridge with the fastest growing country in the region, which is a key regional hub, and also facilitates access to unique textile, agricultural and many other products of Uzbekistan.