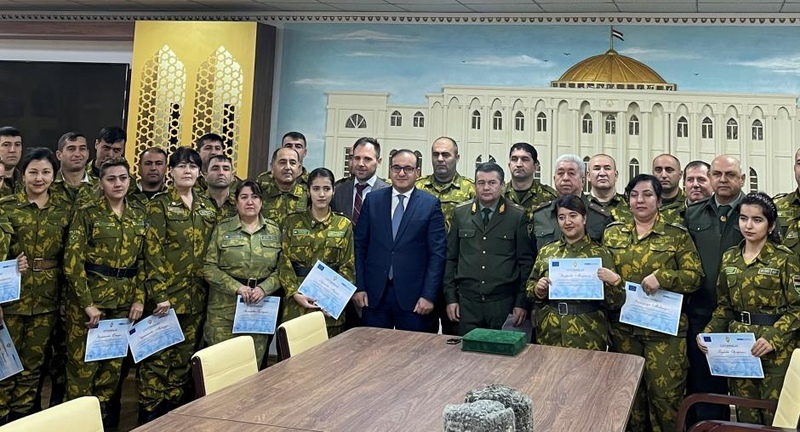 While addressing participants at the closing ceremony, Ilgar Ibrahimli, Senior Executive Officer at the OSCE Programme Office in Dushanbe expressed his appreciation to Tajikistan’s Border Troops for their support. “Since mid-February till the end of this year, 13 training courses for 432 Tajik border troop officers have been conducted within this project,” said Ibrahimli. He also extended his gratitude to the EU for its financial support in implementing the project.

General Major Safarali Mirzozoda, Deputy Commander of the Border Troops of the State Committee for National Security of Tajikistan noted that graduates of the course have repeatedly demonstrated their skills and knowledge in the field of topography, tactical training, medical training, survival in various conditions.

This training course is part of a project funded through the European Union’s Foreign Policy Instrument. The project aims to increase the professional capacity of both Tajikistan’s Border Troops and Afghan Border Services to better tackle illicit activities in border areas. The project also aims to strengthen the capacity of the Committee on Emergency Situations and Civil Defense to respond to natural disasters in border regions.