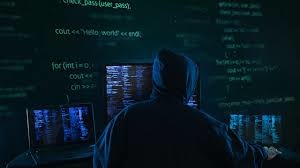 AKIPRESS.COM - The OSCE Programme Office in Dushanbe organized a three-day online workshop for officers of Tajikistan’s Drugs Control Agency (DCA) on countering trafficking in illicit drugs via the internet and specifics of initial investigations. The event took place in Dushanbe from 15 to 17 November. Fifteen officers from operational and investigation departments of DCA attended the workshop. Participants improved their knowledge on the basics and initial actions in the fight against drug trafficking on the internet.

The OSCE Secretariat’s Transnational Threats Department and the Permanent Mission of the Russian Federation to the OSCE facilitated the workshop and trainers from the Siberian Law Institute under the Russian Interior Ministry conducted it.

Participants explored general concepts related to hidden networks, including the Darkweb, addressed the misuse of cryptocurrencies and official payment systems through which illicit drugs can be purchased. Among other topics, they also learned how to apply special investigation techniques aimed at seizing and inspecting electronic documents and ICT devices, making audio, photo and video recordings and their entries into the crime scene protocol.