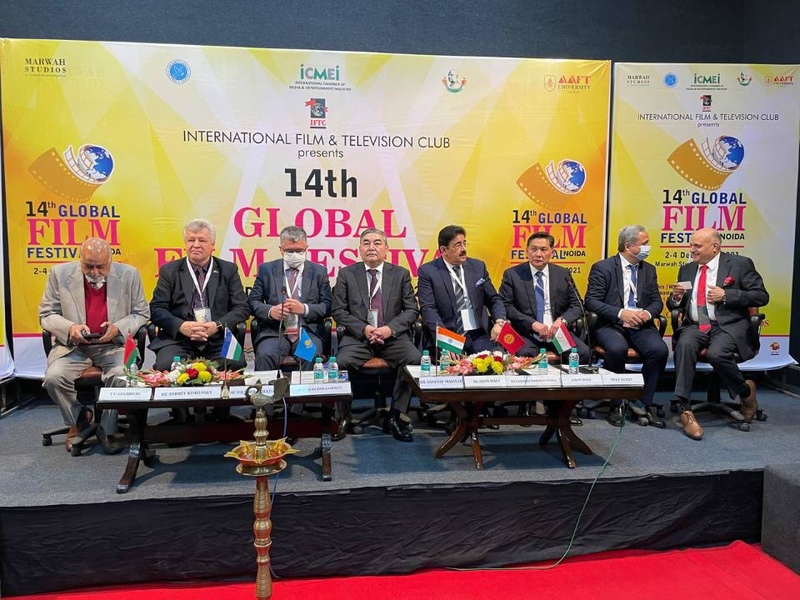 AKIPRESS.COM - The Kazakh-Indian Film and Cultural Forum was held in the famous Indian center of the entertainment industry Marwah Studios Complex in the city of Noida on Dec 2 as part of the celebrations of the 30th anniversary of Kazakhstan's Independence Day and Day of the First President of the Republic of Kazakhstan, the Kazakh foreign ministry said.

The event took place as part of the 14th Global Film Festival Noida with the support of the International Chamber of Media and Entertainment Industry of India (ICMEI) and the Embassy of the Republic of Kazakhstan in India.

The Global Film Festival this year was opened by the historical film of the famous Kazakhstani director Akan Sataev "Zhauzhurek Myn Bala", which tells about the legend of the times of the Kazakh-Dzhungar War and the struggle for freedom and independence.

The Kazakh-Indian Film and Cultural Forum gathered more than 200 spectators, including about 15 leaders and employees of the diplomatic corps, prominent figures of the Indian cinematography, Bollywood stars (such as Daisy Shah, Priyanka Tiwari, Raghubir Yadav, Syma Shekh, Dilip Sen, Aroon Bakshi and more), young and novice filmmakers, as well as our compatriots.

In his welcoming speech, the Ambassador of Kazakhstan to India N. Zhalgasbayev noted the outstanding contribution of the First President of Kazakhstan - Elbasy N. Nazarbayev in the formation of independence of Kazakhstan, dwelled on the main achievements of the country over the 30-year period of its independence and emphasized fruitful cooperation and prospects for the development of relations between Kazakhstan and India.

In turn, the founder of the "Marwah Studios Complex", rector of the Asian Academy of Film and Television (AAFT) Sandip Marwa noted that the Kazakh-Indian Film and Cultural Forum in Noida is a manifestation of developing relations between the two countries in the cultural sphere and thanked the Kazakh Diplomatic Mission for supporting 14th Global Film Festival Noida.

During the event, the guests of the Forum were given Abai's "The Book of Words" translated into Hindi, as well as information and image materials of the Embassy.