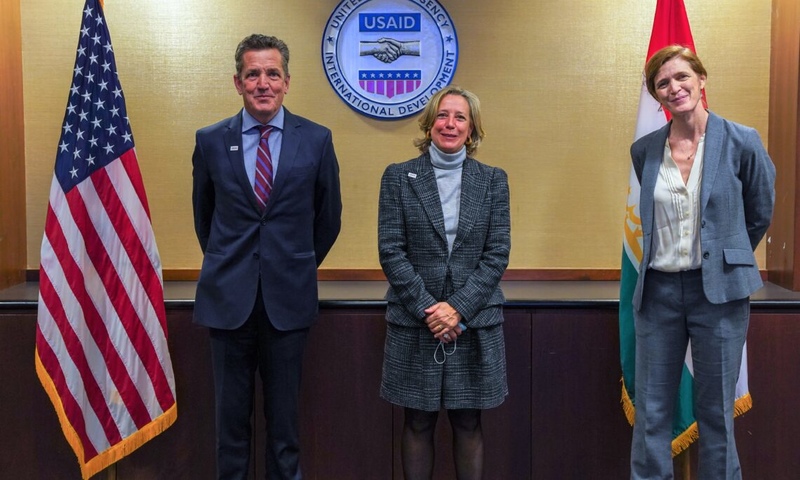 Speaking at the event, Administrator Power remarked that Mr. Riley will bring “all of his passion and skills to guide USAID/Tajikistan as it manages the largest bilateral portfolio in Central Asia and strengthens USAID’s role as a trusted partner of the Tajik people.”

Upon assuming the office, Mr. Riley committed to strengthening the partnership between the United States and Tajikistan and helping the people of Tajikistan live more prosperous lives.

Attending the event virtually from Dushanbe, the U.S. Ambassador John Mark Pommersheim noted that “the naming of the first permanent Mission Director for America’s global development agency and the establishment of a bilateral USAID mission in Dushanbe demonstrates our long-term commitment to the people of Tajikistan.”

Before joining the Foreign Service, Mr. Riley was the Senior Regional Advisor for Africa for the US Office of Foreign Disaster Assistance in Nairobi, Kenya, and served as the Chief of Party for USAID-funded projects in the Horn of Africa, Liberia, and Uganda. Mr. Riley has also lived and worked in Jordan, Croatia, Ethiopia, Botswana, the Gambia, and Chad.

A native of Western Massachusetts, Mr. Riley received a B.A. degree from Harvard College and an M.A. from the Fletcher School of Law and Diplomacy. Mr. Riley began his international development career as a U.S. Peace Corps volunteer in Niger.