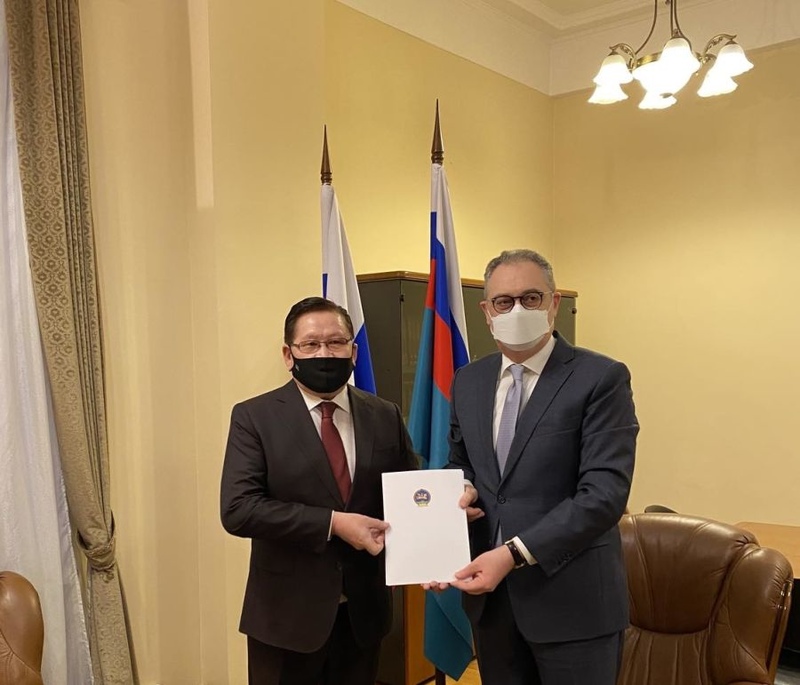 AKIPRESS.COM - Mongolian Ambassador to Russian Federation U.Enkhtuvshin presented a copy of his credentials to Deputy Minister of Foreign Affairs of Russia Igor Morgulov.

Discussing the preparation of the visit of President U.Khurelsukh to Russia, the sides concurred that the meeting of the two Heads of State will be a special event for bilateral relations in the beginning of the new century.