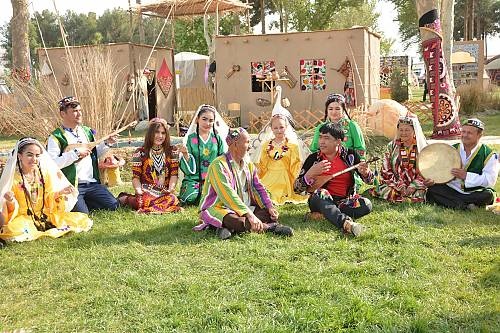 AKIPRESS.COM - Uzbekistan's Bakhshi art has been inscribed on the UNESCO Representative List of the Intangible Cultural Heritage of Humanity.

Epic poetry plays a crucial role in the musical and poetic heritage of the Uzbek and Karakalpak people of Uzbekistan. Called dostons, the traditional centuries-old poems are based on myths, legends, folk tales and legendary chants, and address varied themes such as patriotism, commitment, love, friendship and solidarity. Bakhshi refers to the performance of these epic stories and original pieces with the accompaniment of musical instruments including the dombra (a stringed instrument) and the kobuz (a bowed instrument). The storytellers, also called bakhshis, perform the stories from memory, incorporating cultural traditions and practices. Successful bakhshis must have the ability to captivate listeners with their melodies and to narrate stories in an interesting and original way, making creative use of language, word games, proverbs and phrases. They must also be able to recite the long epic poems from memory. Although bakhshis were traditionally men, a group of women bakhshis emerged in the nineteenth century and continues to contribute to the tradition. The practice is passed on within families and through formal bakhshi schools. The art of bakhshi is a vital part of the Uzbek lifestyle, and the storytellers are always welcoming guests in family ceremonies, rituals, public holidays and local festivities.