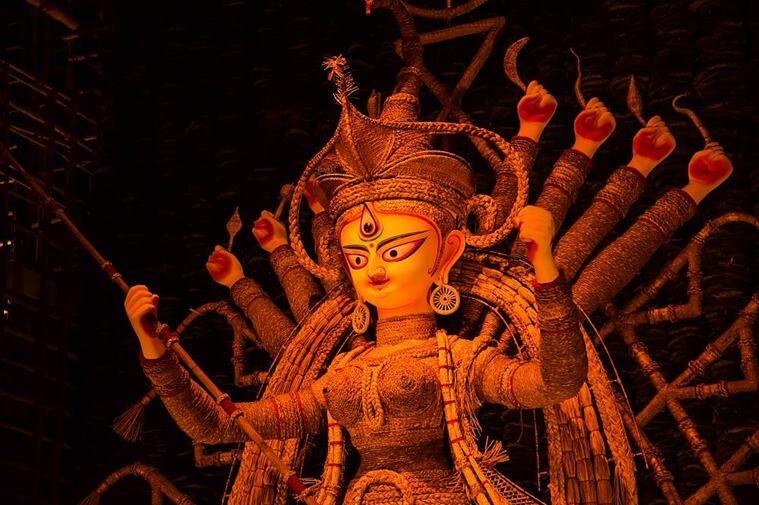 AKIPRESS.COM - UNESCO on Wednesday announced that the Indian festival ‘Durga Puja’ in Kolkata has been inscribed on the List of Intangible Cultural Heritage of Humanity, The Indian Express reported.

The Representative List of the Intangible Cultural Heritage of Humanity includes "forms of expression that testify to the diversity of intangible heritage and raises awareness of its importance".

Durga Puja is a classic fusion of culture and religion, regarded with a lot of pride and celebrated predominantly by the Bengali community. Many regards it as an emotion more than a festival.

While Durga Puja is one of the most important festivals of West Bengal, India, it is widely observed across the country and in major cities of the world by the Bengali diaspora. Over the years, the Indian city of Kolkata has emerged as the geographical and cultural heart of the national and global celebrations of the festival.

The decision came during the 16th session, taking place virtually from December 13 to 18 this year.

Eric Falt, Director of UNESCO in New Delhi, said in a press statement: “I would like to offer warm congratulations to India, its people and especially all those who worked on the nomination dossier. I am confident that this inscription will offer encouragement to the local communities that celebrate Durga Puja, including all the traditional craftspeople, designers, artists, and organizers of large-scale cultural events, as well as tourists and visitors who partake in the inclusive festivity that is Durga Puja.”

What is Intangible Cultural Heritage?

According to unesco.org, “cultural heritage does not end at monuments and collections of objects. The 2003 UNESCO Convention for the Safeguarding of the Intangible Cultural Heritage promotes traditions or living expressions inherited from our ancestors and passed on to our descendants, such as oral traditions, performing arts, social practices, rituals, festive events, knowledge and practices concerning nature and the universe or the knowledge and skills to produce traditional crafts”.

Thus, Durga Puja, an ancient festival celebrated in the country for many centuries, has found a place on this list. In total, 14 Intangible Cultural Heritage elements from the country have now been inscribed on UNESCO’s Representative List.

The Representative List of the Intangible Cultural Heritage of Humanity has 492 elements currently. UNESCO intends to enhance the “visibility of communities’ cultural practices and know-how”, aiming to “safeguard the intangible cultural heritage of communities globally”.

Durga Puja is a five-day festival which begins on the fifth night of the nine-day Navratri festival and ends on the tenth day. During this time, people collectively worship and invoke Goddess Durga, who is regarded as the feminine energy of the cosmos, also known as ‘Shakti’.

Though originating in West Bengal, which has the largest Bengali community in the country, the festival is celebrated in many other parts of India, and also the world.

During this time, intricately-designed clay models of the Goddess are worshipped in ‘pandals’ and pavilions where people get together. Folk music, culinary, craft, and performing arts traditions are a part of the celebration.