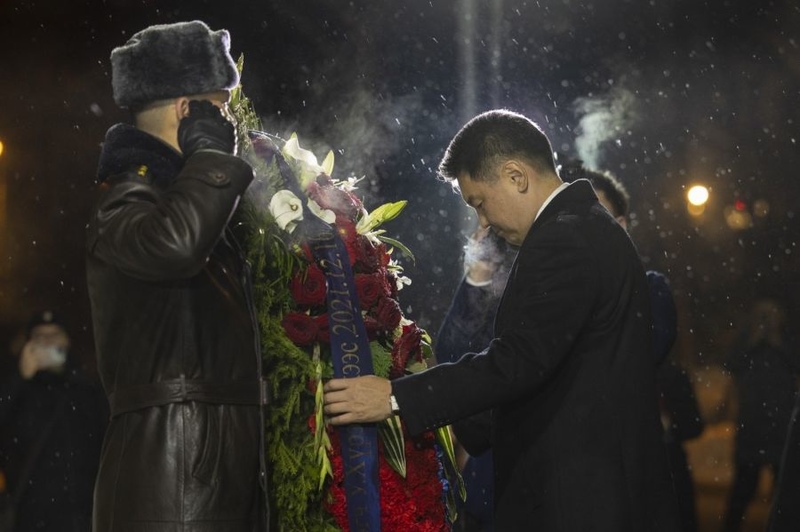 AKIPRESS.COM - President of Mongolia, who is currently on an official visit to the Russian Federation, laid wreaths at the monument – ‘War Horses’ on Poklannaya Hill, Moscow, Montsame reports.

Jointly created by Mongolian sculptor A.Ochirbold and Russian architects V.V. Perfiliev and A.K. Tikhonov, the monument was gifted by the people of Mongolia on the occasion of the 70th anniversary of the Victory in the Great Patriotic War and honorably unveiled in the Victory Park, Poklannaya Hill by an order of the Mayor of Moscow.

The monument with two horses dragging an artillery gun symbolizes Mongolia’s invaluable aid during the war. An inscription on the monument reads: "From the first days of the Great Patriotic War, the people of Mongolia was a loyal ally of the Soviet people and contributed to the Great Victory, sending tank convoys, air squadrons, half a million horses and other gifts."