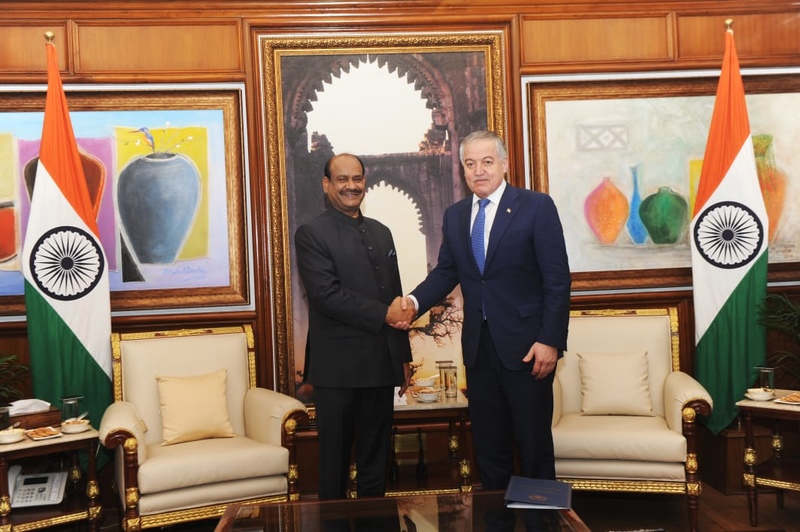 AKIPRESS.COM - Foreign Minister of Tajikistan Sirojiddin Muhriddin met with the Speaker of the Lok Sabha, the Lower House of the Parliament of the Republic of India Om Birla as part of his official visit to India.

Praising the current state of inter-parliamentary relations, Om Birla stressed the need for further expansion, and strengthening the legal framework, revival of the inter-parliamentary friendship group and exchange of official delegations to discuss the priority issues of mutual interest and reciprocal trust between the two friendly countries, the Foreign Ministry of Tajikistan said.

Foreign Minister Sirojiddin Muhriddin emphasized importance of further deepening relations between the parliaments of the two countries to facilitate expansion of cooperation in the political, economic, trade and health care, the exchange of experience, as well the increase of educational scholarships.