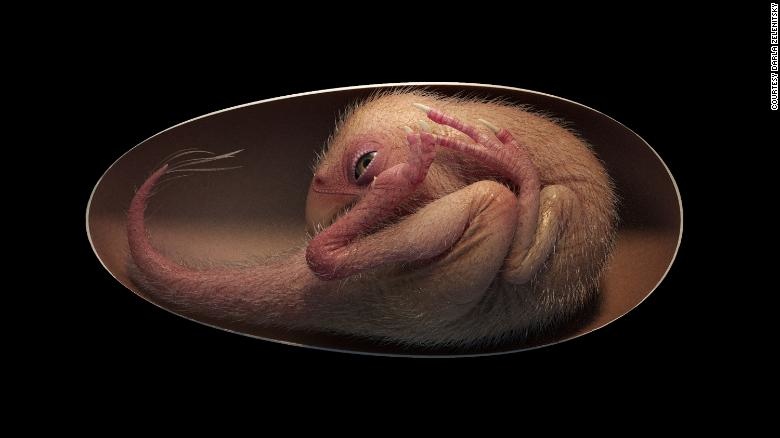 AKIPRESS.COM - An unprecedented fossil of a baby dinosaur curled up perfectly inside its egg is shedding more light on the links between dinosaurs and birds, CNN reports.

The 70-million-year-old fossil preserves the embryonic skeleton of an oviraptorid dinosaur, which has been nicknamed Baby Yingliang after the name of the Chinese museum which houses the fossil. Baby dinosaur bones are small and fragile and are only very rarely preserved as fossils, making this a very lucky find, said Darla Zelenitsky, an associate professor in the department of geoscience at the University of Calgary in Canada.

A reconstruction of a soon-to-hatch baby dinosaur based on the fossil.

"It is an amazing specimen ... I have been working on dinosaur eggs for 25 years and have yet to see anything like it," said Zelenitsky, a coauthor of the research that published in the journal iScience on Tuesday.

"Up until now, little has been known of what was going on inside a dinosaur's egg prior to hatching, as there are so few embryonic skeletons, particularly those that are complete and preserved in a life pose," she said in an email.

The egg is around 17 centimeters (7 inches) long and the dinosaur was estimated to be 27 centimeters (11 inches) long from head to tail. The researchers believe as an adult, had it lived, it would have been about two to three meters long.

The researchers from China, the UK and Canada studied the positions of Baby Yingliang and other previously found oviraptorid embryos. They concluded that the dinosaurs were moving and changing poses before hatching in a way similar to baby birds. 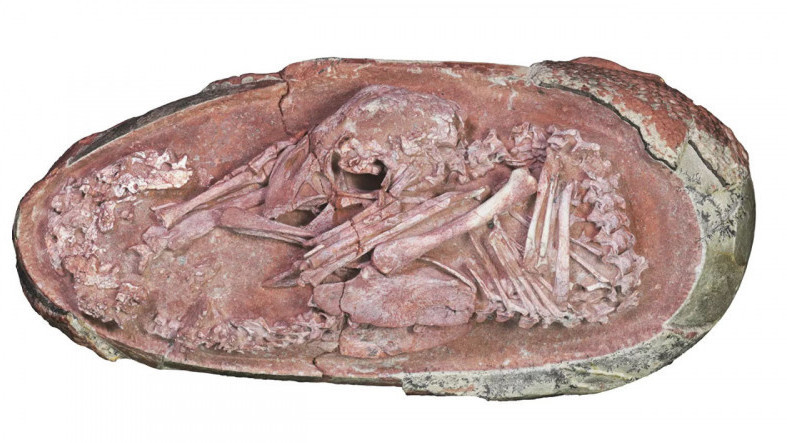