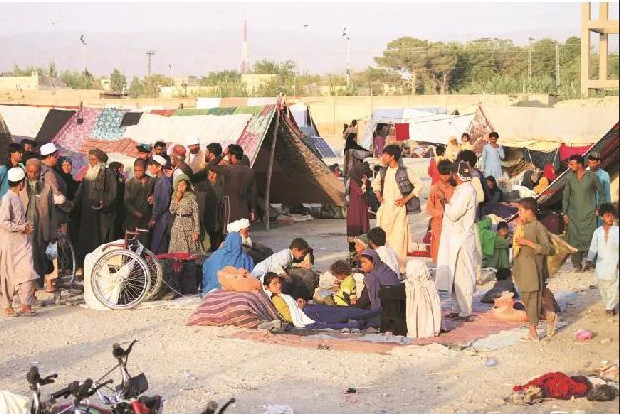 AKIPRESS.COM - After India dispatched its first consignment of 1.6 metric tons of life-saving medicines to Afghanistan, the Taliban responded by thanking New Delhi stating that ties between the two countries is "very vital", Business Standard reported.

The aid, which consisted of life-saving medicines was sent on December 11 from New Delhi to Kabul by a special flight.

Taking to Twitter, the Afghan ambassador to India, Farid Mamundzay said the aid will help many Afghan families in this difficult time.

"All kids need a little help, a little hope and somebody who believes in them.' The first consignment of medical aid from India arrived in Kabul on Saturday. 1.6 metric tons of life-saving medicines will help many families in this difficult time. "Gift from people of India," Mamundzay had tweeted.

In a tweet, Ahmadullah Wasiq, deputy spokesman for the Islamic Emirate of Afghanistan (IEA) recently said: "India is a leading country in the region. Afghanistan-India relations are very vital."

India’s Ministry of External Affairs earlier said in view of the challenging humanitarian situation in Afghanistan, the government of India has dispatched a consignment of medical supplies on a return flight that brought evacuated Indians from Afghanistan on December 10.

As the import supply chain of medicines, including from India, is disrupted after Taliban took control of Kabul, an unprecedented rise in the cost of pharmaceutical drugs has troubled Afghan people. The country's economy is on the brink of collapse and the health sector is struggling with challenges, reported local media.

"The medicine that costs 200 or 300 AFG, is now selling at 600 or 700 AFG. We urge the government to help the people and solve the problems," Ariana News quoted Kabul resident Hafizullah as saying.

Afghanistan's Pharmacy Union attributed the sharp price increase to the weak Afghani against the US dollar and also the supply of medicines is not sufficient, while demand is high. The union's deputy head also stated that the import of the medicines is not coming back to normal.

Dr Javed Hazher, the spokesperson for Afghanistan’s Ministry of Health said that some countries have assisted Afghanistan and hoped that the aid will continue.