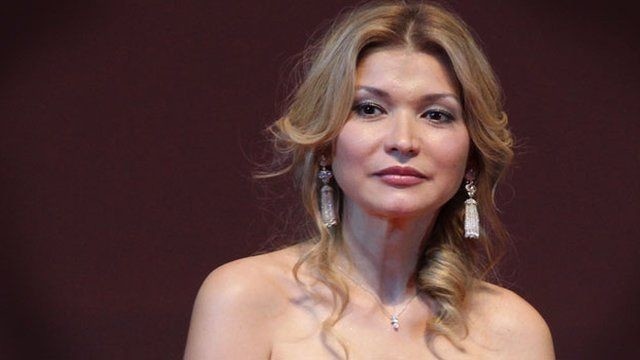 AKIPRESS.COM - The Federal Criminal Court has ordered the confiscation of over $293 million (around CHF270 million) belonging to a shell company linked to Gulnara Karimova, swissinfo.ch reported.

The company, called Takilant, of which Karimova (daughter of the former president of Uzbekistan Islam Karimov) was the beneficial owner, was linked to two of the five Swiss bank accounts under criminal investigation. The total amount confiscated from the company was over $350 million.

The court came to the conclusion that a large part of this sum had to be confiscated, since several of those involved - including Karimova and her assistant – were found guilty of aggravated money laundering. However, some $70 million will be returned to Takilant. This is because it has not been established that all these assets, which are linked to several companies, were obtained as the result of a crime, the Federal Criminal Court said in a statement published on Wednesday.

Despite the confiscation, Karimova's legal team views the court's decision as a victory of sorts.

"This judgement of the Federal Criminal Court is above all the failure of the OAG to take advantage of the arbitrary detention of our client in Uzbekistan for several years in order to confiscate all of her assets," said Karimova's lawyer, Grégoire Mangeat, in an email to Keystone-SDA on Wednesday.

"In addition, the court has sided with us on another essential point: it dismissed all the Uzbek court judgments as it was unable to verify if the judges in Tashkent had respected the basic fundamental rights of our client," he added. "With regard to the remaining accusations, the investigation in Switzerland against our client is still ongoing and Gulnara Karimova is still presumed innocent."

The court decision closes another chapter in the complex investigation opened by the Office of the Attorney general (OAG) in 2012 into allegations of forgery and money laundering against Karimova's personal assistant and a manager of the Uzbek branch of a Russian telecoms firm. The investigation was later expanded to include two other employees of Karimova, a relative and Karimova herself (once her diplomatic immunity was lifted in 2013). The scheme involved illegally collecting large sums of money from foreign companies in return for access to the Uzbek market. The funds were then laundered abroad, primarily in Switzerland.

In 2018, the OAG convicted Karimova and ordered the confiscation of assets worth more than $555 million from five accounts in two Swiss banks. In 2019, the OAG announced that $130 million would be returned to Uzbekistan.