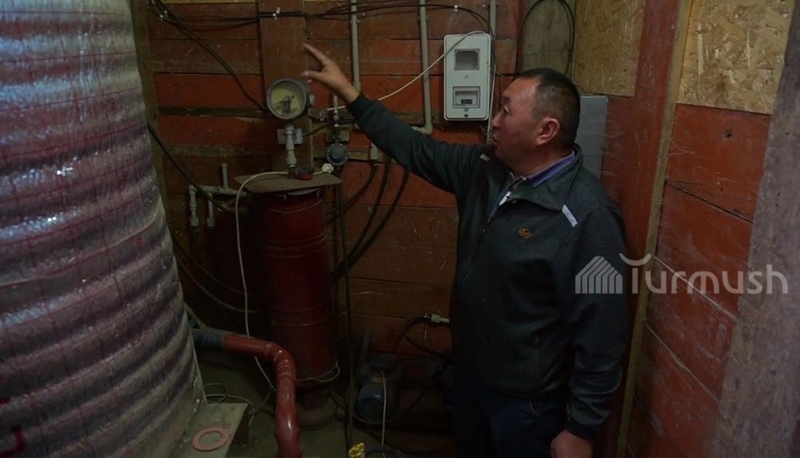 AKIPRESS.COM - Tynybek Sansyzov, a resident of the Ton district of Issyk-Kul region, produces biogas from manure.

Since 2008, he has been working in the district power station of the Ton district. Being an energy specialist, he constantly looks for alternative cheaper energy sources.

"The idea to install biogas production equipment came 5 years ago. I started to study what kind of equipment is needed. I developed a project, it was approved and for two years all our households are using biogas. We heat our house with biogas, cook food also with biogas. We also use biogas for the bathhouse. This helps save energy. It seems to me that now, when the country is experiencing a shortage of electricity, such equipment plays a big role for the economy. In this way we contribute to saving energy," he says.

For producing biogas, Sansyzov uses livestock manure. The residue after processing the manure is then used as fertilizer.

In the future, he plans are to introduce mass production of biogas among the residents of Tort Kul village.