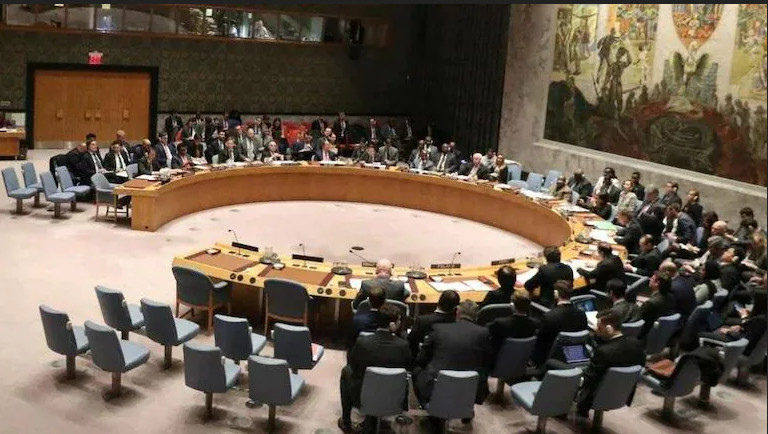 AKIPRESS.COM - India has voted in favour of a UN Security Council resolution to grant exemption from sanctions for humanitarian assistance to Afghanistan, underlining that the Council should exercise its oversight on the delivery of assistance as well as guard against any possible diversion of funds, India Today reported.

“It is important that assistance be scaled up urgently and unhindered access be provided to the UN and other agencies. In this context, India has supported the call of the international community that access to humanitarian assistance for Afghanistan should be direct and without any hindrance.

Humanitarian assistance should be based on the principles of neutrality, impartiality, and independence and disbursement of the aid should be non-discriminatory and accessible to all irrespective of ethnicity, religion, or political belief,” India’s Permanent Representative said.

“In particular, the assistance should reach the most vulnerable first, including women, children and minorities. At the same time, this Council should equally exercise its oversight on the delivery of assistance as well as guard against any possible diversion of funds. This is essential since any diversion or misuse can be counterproductive,” he added.

He said the humanitarian situation in Afghanistan is dire and there are reports that suggest that over half the population are facing crisis or emergency levels of acute food insecurity. “Urgent humanitarian assistance is required to meet the basic food needs of the people and most of the country is going below the poverty threshold,” he said.

The Indian diplomat also welcomed the provision in the resolution which calls for a review of the implementation of the humanitarian carve out after one year.

He highlighted India’s significant contribution to the development of Afghanistan over the last two decades, noting that India has just airlifted half a million doses of vaccines and 1.6 metric tons of life saving medicines.

“We are also in the process of sending more medicines and food grains. India is ready to deliver urgent humanitarian aid consisting of food grains and medicines to the people of Afghanistan,” he said.

India called on the international community and countries in the region to come together, rising above partisan interests. “As the largest regional development partner of Afghanistan, India is willing to coordinate with other stakeholders to work towards enabling expeditious provision of much needed assistance to the people of Afghanistan,” he said.

He noted that while the situation in Afghanistan is in a flux, the expectations of the international community were set out clearly in the Security Council resolution 2593 that lays down the requirement in terms of the fight against terrorism, where it has noted the commitment of Taliban not to allow the use of the Afghan soil for terrorism, including from terrorists and terrorist groups designated under resolution 1267.