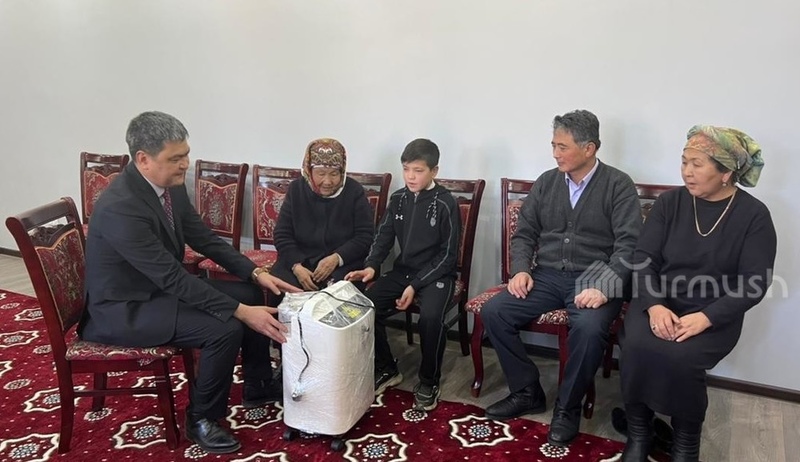 The boy said in his letter that his father suffers from health problems for many years and now remains in a hospital in Bishkek.

The boy has asked oxygen concentrator for his father.

The President sent the oxygen concentrator to the boy, which was handed in by Nookat district governor Danir Imanaliev.