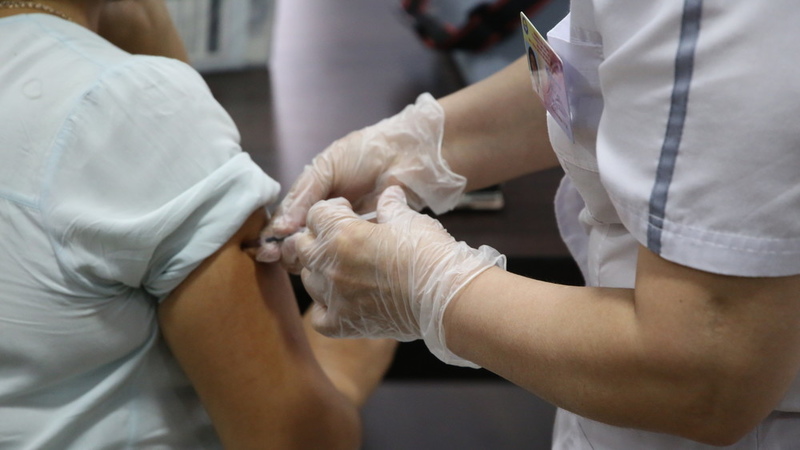 AKIPRESS.COM - Researchers in Tokyo are developing a “dream” COVID-19 vaccine that offers lifetime efficacy, in what would be a game-changer as the fight against the coronavirus drags on into its third year, Japan Times reported.

At a time when it appears most COVID-19 vaccines will require periodic boosters due to a decline in recipients’ antibody levels, the creation of a vaccine with lifetime efficacy could lead to huge financial savings globally and give the world an upper hand against the coronavirus, which has infected more than 270 million people and claimed more than 5 million lives around the world.

Soon after the pandemic began, in early 2020, Michinori Kohara, emeritus investigator at the Tokyo Metropolitan Institute of Medical Science, wondered if it was possible to develop a vaccine based on the tried and tested smallpox vaccine — which helped the world eradicate the deadly disease. The vaccinia virus used in the smallpox vaccine is a subject he has worked on for over three decades, and Kohara knows firsthand how significant a vaccine that gives strong protection for life can be.

The smallpox vaccine was developed by British doctor Edward Jenner in 1796 to counter the infectious disease, which had an extremely high mortality rate. In Japan, there has been no patients since 1956 and the government’s periodical vaccination ended in late 1970s. The vaccine remains the only shot that has successfully eradicated an infectious disease, with the last known case being a patient in Somalia in 1977 after a coordinated global vaccination campaign by the World Health Organization.

So in April 2020, Kohara, in cooperation with the National Institute of Infectious Diseases, started developing a recombinant vaccinia virus containing the spike protein of the SARS-CoV-2 virus, which causes COVID-19. They picked the nonpathogenic strain of the vaccinia virus variant called DIs, which works as an extremely effective and safe viral vector for delivering the SARS-CoV-2 spike gene.

While the messenger RNA COVID-19 vaccines developed by Pfizer Inc.-BioNTech SE and Moderna Inc. have been successful in preventing severe illness and death, neutralizing antibodies fall significantly over six months after vaccination, making boosters necessary — particularly against the omicron variant.

In contrast, the vaccine that Kohara is spearheading can produce potent neutralizing antibodies within a week of inoculation and induce the strongest cellular immunity of any vaccine, he says. That would be significant as none of the currently available COVID-19 vaccines appear to offer long-term protection.

Experiments on mice using the recombinant vaccinia virus encoding the highly pathogenic avian flu HA gene have shown high antibody levels that were maintained for more than 20 months, or nearly the average life span of a mouse, and all vaccinated mice infected with the avian flu 20 months post-vaccination survived. In contrast, the unvaccinated mice all died.

The project, in which Tokyo Gov. Yuriko Koike has expressed her enthusiasm, has been undertaken as part of special research sponsored by the Tokyo Metropolitan Government.

“I have worked on various vaccine technologies such as the adenovirus and messenger RNA, but the vaccine using the vaccinia virus vector is the most powerful of all with few side effects,” Kohara told The Japan Times in an interview. “The characteristics of this vaccine is that it can induce antibodies and lifelong immunity. One shot of the vaccine keeps its efficacy for more than 20 months, and there is no other vaccine that can achieve these effects.”

Tests on crab-eating macaques also showed that the vaccine protected primates from developing pneumonia, and that the amount of the virus detected in their lungs was below the detection limit seven days after infection with the coronavirus.

Domestic drugmaker Nobelpharma Co. is set to conduct first and second phases of clinical trials of Kohara’s vaccine in Japan within the first half of 2023 on 150 to 200 volunteers, including those who have experienced infections and fully vaccinated individuals. If efficacy and safety are confirmed, the final phase clinical trial is set to start immediately afterward, with commercialization targeted for 2024 at the earliest, he says.

One of the biggest hurdles for the vaccine is securing the several tens of billions of yen needed to conduct the last clinical trial, as Kohara says Nobelpharma cannot fund it alone. Although the government has allocated more than ¥100 billion to subsidize large-scale clinical trials by domestic drugmakers, there has been no plan to subsidize the project’s clinical trials as Nobelpharma and the Tokyo Metropolitan Institute of Medical Science have no prior experience of commercializing a vaccine, Kohara said.

“I hope the government will change its mind once the first two stages of clinical trials show efficacy in humans,” he said. “Or we would be looking to conduct the trial in collaboration with a major drugmaker as a more promising choice,” he said.

Kohara says the vaccine also has an edge in terms of side effects at a time when worries over high fevers and myocarditis, especially in young men, have put a damper on the COVID-19 vaccine campaign. Though no vaccines are said to be completely without side effects, vaccinia viruses have been safely used in the smallpox vaccine for more than two centuries and the vaccinia vaccine variant DIs used in the vaccine can no longer replicate in mammals. That means it would likely cause much fewer side effect reactions compared with other COVID-19 vaccines, he said.