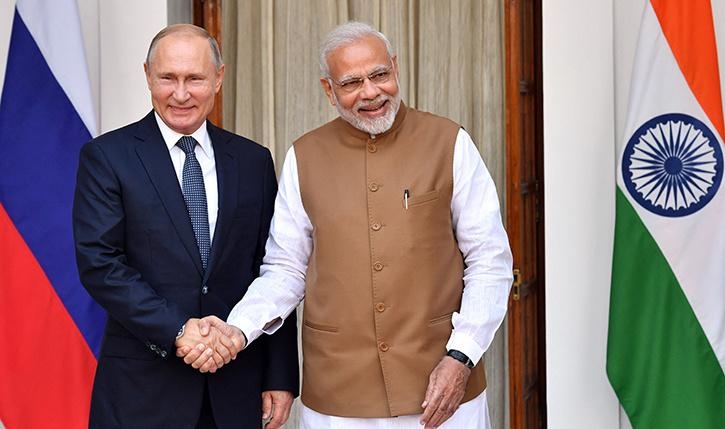 The prospective partnership between the two countries n IOR figured at the maiden 2+2 Ministerial meet on December 6. The agenda of cooperation may include additional port calls by Russian Navy ships to Indian ports, increasing joint exercises in the Indian Ocean Region (IOR) and even trilateral naval exercises with friendly countries in the IOR.

While Vietnam and Iran could be two partners for trilateral exercises given their close defence partnership with Moscow, there could be other South Asian & South East Asian countries which can be in fray. A MoU between India and Russia on Navy to Navy Cooperation is expected to be signed in 2022.

Russia has recently enhanced its ties with Sri Lanka and key ASEAN states with its National Security Council Secretary undertaking a visit to the region. India has backed an inclusive Indian Ocean Region and Indo-Pacific region and Russia's interest in these geographical zones will contribute to that goal, according to experts.

Russia's inclusion as a dialogue partner of the Indian Ocean Rim Association (IORA) has opened up a slew of opportunities for collaboration with India that also include a scientific and research endeavors.

It may be recalled that India had backed Russia's application to become IORA dialogue partner and has been nudging Moscow to play a role in IOR. India and Russia will sign the Reciprocal Exchange of Logistics Agreement (RELOS) in near future.

In a recent piece titled, 'India-Russia Cooperation in Indian Ocean Region, Arctic and Russian Far East', Anurag Bisen Research Fellow at the Institute of Defence Studies Analyses wrote, "India's central position in the northern IOR bestows upon it a unique role. Several extra-regional nations look up to India as the first responder in a calamity, a net provider of security in the region, and seek collaborative partnerships with India in the maritime domain...Russia is the only major power without a permanent presence in the IOR.

Although few observers consider Russia to be an active player in the Indian Ocean, it has long sought to establish permanent bases in the region. Russia's inclusion as a dialogue partner of the Indian Ocean Rim Association (IORA) in November 2021 suggests the implicit acceptance of its important role in the evolving geopolitics of the Indian Ocean."

In its National Maritime Doctrine of 2015, Russia had pointed out 'development of friendly relations with India' as the most important objective in the Indian Ocean Region.

Russia now plays an active role in anti-piracy operations off the coast of Somalia and has also emerged as a major partner for Mozambique and Madagascar besides announcing the setting up of a naval facility in Sudan, which increases Russian Navy's access in the West Asian region.

It is interesting to note that Moscow has increased its contacts with India's neighbours in IOR. Russia and Sri Lanka have increased their cooperation in defence and military spheres over the past few years. There are also reports that Russia aims to acquire a naval base in Myanmar.