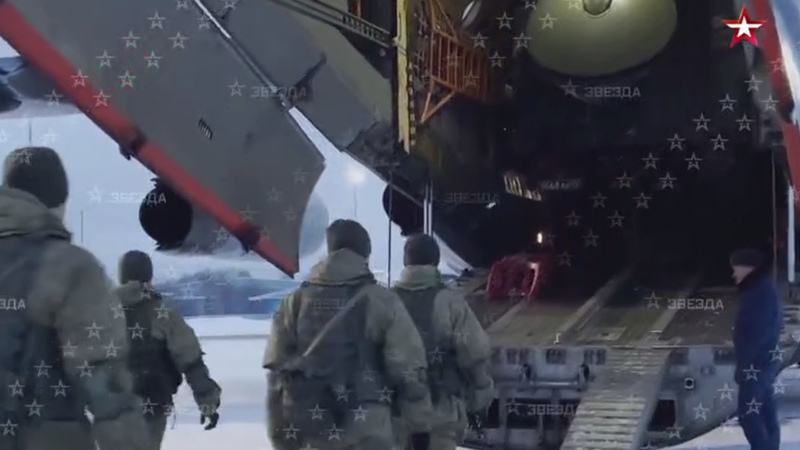 The CSTO says the troops are a peacekeeping force and will protect state and military installations. They will stay in the country for several days or weeks, the Russian RIA news agency reports.

Kazakh interior ministry said on Friday morning that 26 armed criminals had been killed and more than 3,000 others detained by the authorities. Some 18 members of the security forces have died and 748 others have been injured in the violence.

Mass protests started in Kazakhstan on Jan 2 in the western town of Zhanaozen after the government lifted price caps for liquefied petroleum gas, then protests spread across the country, leading to the resignation of the government and ex-president Nursultan Nazarbaev's stepping down as Security Council Chairman.

Kazakhstan has disrupted communications networks and restricted some travel in a bid to quell the unrest. The Kremlin said Russia and its allies in the Collective Security Treaty Organization will send peacekeeping forces after Kazakh President Kassym-Jomart Tokayev appealed for assistance.