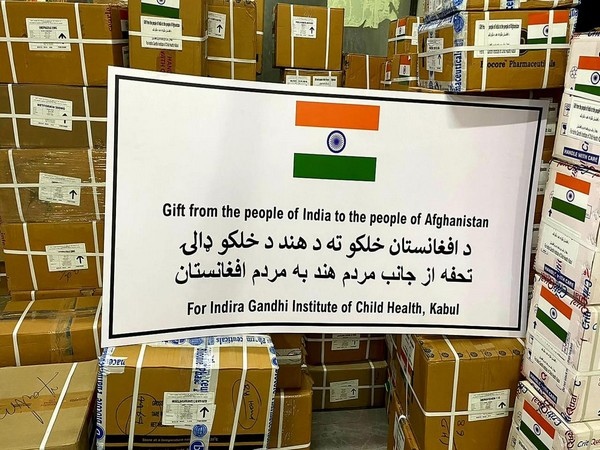 AKIPRESS.COM - India on Friday delivered two tons of essential lifesaving medicines to Afghanistan as part of medical assistance to the conflict-ravaged nation. The medical assistance was handed over to Indira Gandhi Children’s Hospital in Kabul, Deccan Herald reported.

“As part of our ongoing humanitarian assistance to the Afghan people, India supplied the third batch of medical assistance consisting of two tons of essential lifesaving medicines to Afghanistan today,” said the Ministry of External Affairs press release.

“In this endeavour, India had recently supplied 500,000 doses of COVID vaccine and 1.6 tons of medical assistance to Afghanistan through World Health Organization (WHO),” said the release.

“The Islamic Emirate of Afghanistan is grateful to India for its humanitarian assistance and cooperation,” Zabihullah Mujahid, the spokesperson of the Taliban’s government in Kabul, tweeted, along with pictures of the consignment of the medicines received from New Delhi.

New Delhi has not yet recognized the interim government set up by the Taliban in Kabul, but, of late started sending humanitarian aid to Afghanistan.

New Delhi also committed to supplying 50,000 tons of wheat as well as more lifesaving medicines as humanitarian assistance to Afghanistan. “We are in discussions with Pakistani authorities on the exact modalities of shipment of wheat,” officials of Indian government said.

Meanwhile, residents of Kabul have complained of “unfair distribution” of humanitarian aid, saying that it was not provided to vulnerable people who needed it, local media reported on Friday.

The residents also called for a transparent and fair distribution of aid, Tolo News reported. “Let the aid be continued. But it should be given to people who deserve it,” said Ghulam Nabi, a resident of Kabul.

“No one has given us anything,” said Abdul Muttalib, another resident of Kabul. “When we ask for aid–they tell us to wait, but I haven’t received anything yet,” said Rahim, another resident.

The World Food Program (WFP) said that it has provided food, clothing and cash aid to 15 million people in 2021 in Afghanistan, Tolo News reported. The WFP expects to reach over 23 million vulnerable people this year in Afghanistan.

“There should be a home-to-home survey so we can address the problem of those who are in grave need,” Tolo News quoted Wahidullah Amani, a spokesman for the WFP as saying.

Meanwhile, expressing concerns over the starvation level in Afghanistan, the WFP has said the organisation needs up to USD 2.6 billion to provide food to Afghan people.

Poverty and starvation are reported in Afghan cities this time which is concerning, said WFP spokesperson for Afghanistan Shelley Thakral, reported Khaama Press.

Thakral also emphasised that Afghan people have survived acute hunger worse than the ongoing ones. Nearly 23 million people in Afghanistan are starving due to the worst drought in decades, a surge in food prices and the political condition of the country, Thakral added.