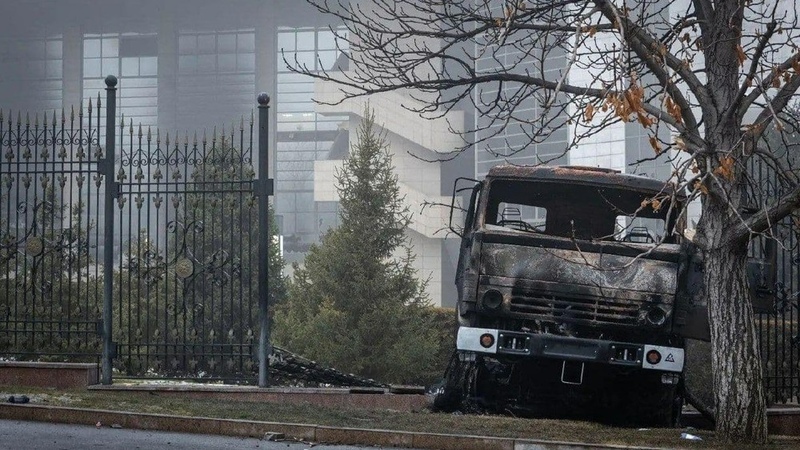 AKIPRESS.COM - The Kazakhstani authorities must release journalists and activists who have been arbitrarily detained for their coverage of mass protests across the country over the past week, provide information on all protest-related arrests and ensure human rights of all detainees, said Amnesty International, as the number of individuals arrested since protests began on 2 January reached close to 10,000 according to official government figures.

Those among the detainees who committed no internationally recognized crimes and were arbitrarily detained, including merely for violating Kazakhstan’s unduly restrictive legislation on public assemblies, must be immediately released as well.

The human rights organization also called on the Kazakhstani authorities to order an effective and impartial investigation into all reported human rights violations, including lethal use of force by the security forces, and to respect human rights in the context of the unrest.

“While the situation appears to have calmed down in Kazakhstan, the crisis is far from over. Nothing is more important now than free access to independent information, full accountability for what has happened and a commitment to respect human rights moving forward,” said Marie Struthers, Amnesty International’s Director for Eastern Europe and Central Asia.

The exact number of casualties in Kazakhstan resulting from the recent violence remains unknown. The authorities confirmed that at least 18 law enforcement officers had been killed but have so far failed to disclose the number of civilian casualties. On 9 January, a Telegram-channel associated with the government released information about the deaths of 164 individuals but it was later disavowed by the Ministry of Health as a technical glitch.

“The silence of the authorities regarding the number of victims of the unrest and the circumstances of their death is outrageous. Information about civilian causalities must be disclosed immediately,” said Marie Struthers.

On Tuesday, Kazakhstan’s Interior Ministry said that almost 10,000 people have been arrested since mass unrest and violent clashes between police and protestors. More than 400 criminal cases have already been initiated. According to the Prosecutor General, most of these criminal cases concern violence, including killings. However, in some cases of which Amnesty International is aware, the Kazakhstani authorities have prosecuted peaceful dissent under the vague charge of “incitement of social discord.” This includes the opening of criminal proceedings under these charges in connection with a solitary street picket which environmental activist Artyom Sochnev held in Stepnogorsk on 4 January.

Kazakhstan’s unduly restrictive law governing public assemblies effectively bans any street protest unless expressly permitted by the local authorities. Under this legislation, thousands of Kazakhstanis who took part in peaceful protests in recent days are liable to arrest and fines or up to 15 days of detention.

“We are extremely worried about the conditions of detention and the grounds for arrest of thousands of detainees. There are also missing individuals, including journalist Makhambet Abzhan, whose whereabouts remain unknown since 6 January,” said Marie Struthers.

“All those who have been arbitrarily detained merely for taking part in the protests must be immediately released. Protesters accused of committing internationally recognized crimes for violent behaviour must be provided with fair trials in accordance with international human rights law. Meanwhile, all reports of ill-treatment by officials must be effectively investigated, with those responsible held to account,” said Marie Struthers.