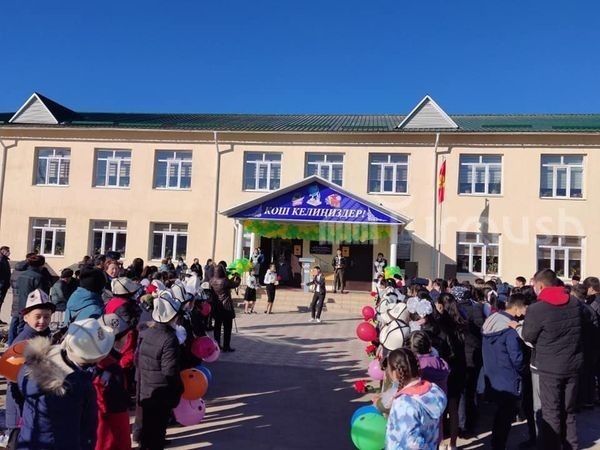 AKIPRESS.COM - The opening of the school, construction of which began 34 years ago, took place in Kosh-Korgon village of Chui district on January 27.

49.8 million KGS, which were financed from the state budget, were spent on this school construction.

Previously, school children were taught in a kindergarten building.