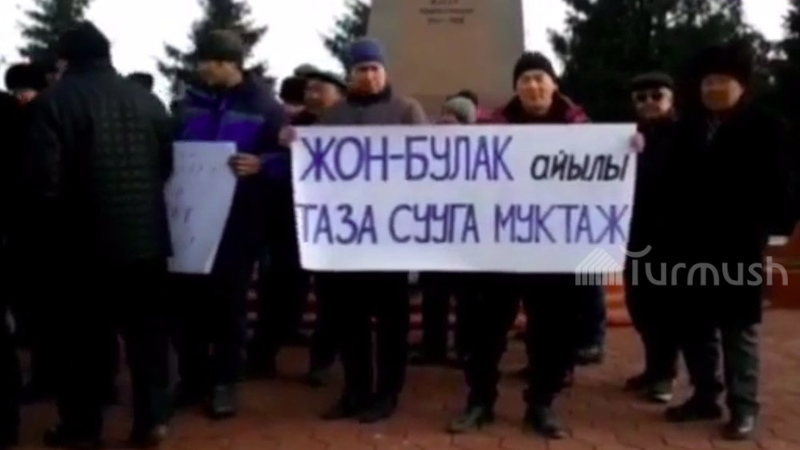 Villagers came to the regional center Karakol town to raise their problem.

Water issue in Jon-Bulak village has existed for many years. The locals can stand it anymore, he said.

Region's governor met with the protesters and promised to help with the purchase of water pipes and to take the issue under personal control, said Imanbekov.

After that, the protesters dispersed.