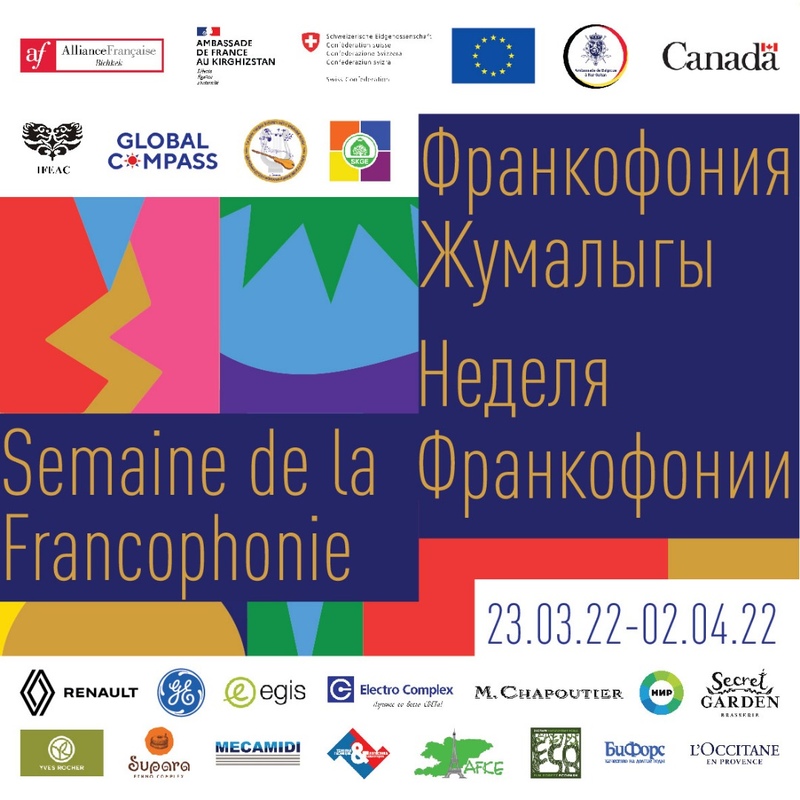 AKIPRESS.COM - The French Alliance in Bishkek, jointly with the Embassies of France, Switzerland, Belgium, Canada and the EU Delegation in Kyrgyzstan, announced the holding of the 2022 edition of the Week of the Francophonie from March 23 to April 2. The festival includes educational, cultural and entertainment events in offline and online format.

The “Francophonie Week” is the festival of the French language and cultures of the French-speaking countries, which is celebrated in the middle of March across the world. The organizers and partners have prepared a program for the broad public, which consists of 16 offline events and activities and 3 online webinars. This year, the festival will centre around questions on how to protect our planet and the environment.

French is the fifth language spoken in the world, the third language for business, used by more than 300 million people on five continents, and also is known as the language of diplomacy. 88 countries are members of the International Organization of Francophonie, in 29 of which French is the official language.

The Francophonie Week will be launched in Bishkek on March 23 with a public screening of the movie Legacy / Notre Héritage by the famous French photograph and environmentalist Yann-Arthus Bertrand, followed by an exchange with the latter, starting at 18:00 in Ala-Too Cinema (free entrance).