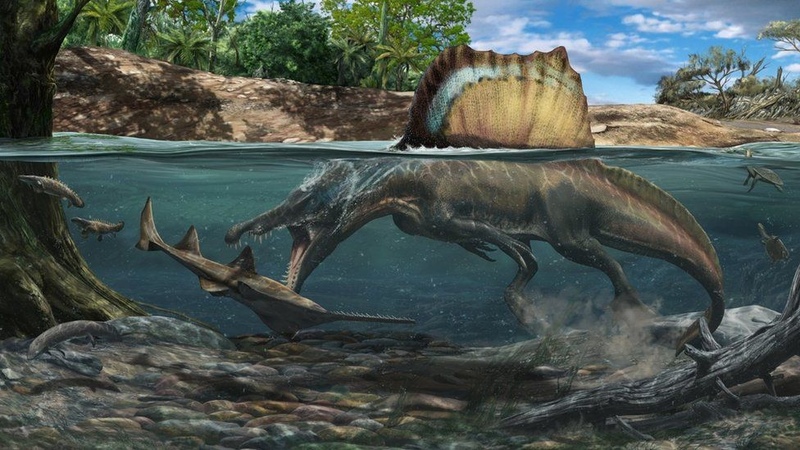 AKIPRESS.COM - The density of the bones of the largest ever carnivorous dinosaur prove that it hunted underwater, BBC reports citing researchers.

A new paper explains how the Spinosaurus and its close relative Baryonyx had dense bones that allowed them to submerge themselves to hunt.

Scientists have debated whether Spinosaurus pursued prey in the water, or snapped it up in the shallows.

For the latest research published in Nature, a team including Dr Ibrahim and lead author Dr Matteo Fabbri from Chicago's Field Museum compared femur and rib bone cross-sections from 250 species of extinct and living animals.