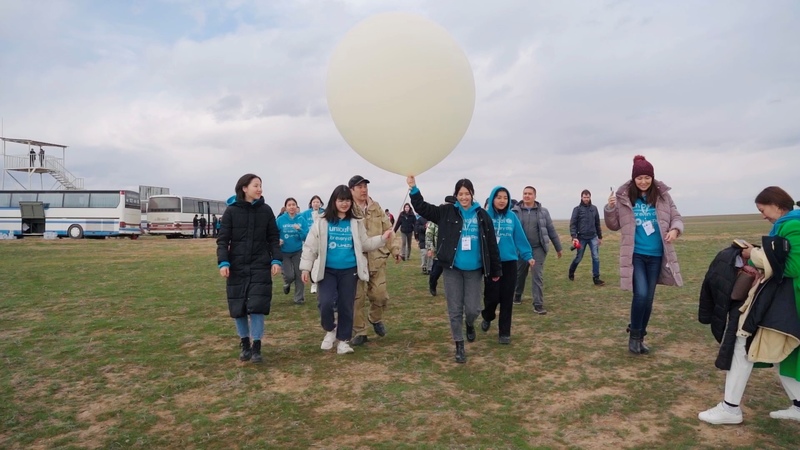 Nanosatellites are a class of small spacecraft whose weight does not exceed 10 kg. They are equipped with several cameras, one with potential to take an elliptical image of the Earth within 4K resolution. During the launch, UniSat nanosatellites allow to take stunning high-resolution images of the Earth and space. Sensors collect data on radiation, pressure, gravity, light and gas composition, and large amounts of data, video and images have been sent back to Earth for analysis.

Today, nanosatellites are being developed in many of the world's leading universities and commercial organizations. UniSat satellites are designed for educational purposes.

Nanosatellites were created by girls as part of a 10-day marathon at KazNU. UniSat participants mastered construction, design, programming, and assembling of spacecraft. They were able to visit the Center for Space Technologies and Remote Sensing of the Earth. The theoretical knowledge gained by the girls was immediately put into practice. Under the guidance of trainers, they designed the bodies of the nanosatellites using 3D modelling and 3D printed them. The girls also programmed the subsystems of the UniSat nanosatellites and tested them in the laboratory before the launch.

Participants were selected from 2,000 girls who had previously taken the UniSat online course, available through this link: UniSat educational programme for girls (UNEPG). Processing of flight data on the environment received by the nanosatellites during the launch, visualization of data, preparation of a mission report and the use of data for scientific and practical purposes were included into UNICEF - KazNU joint online course. The girls were able to learn teamwork skills, the basics of Linux programming, and listen to leading Kazakh experts in the field of aerospace technology. Active course participants got the opportunity to take part in a practical marathon and launch their nanosatellites into the sky.

UniSat is an educational program of the United Nations Children's Fund (UNICEF) and Al-Farabi Kazakh National University. The aim of the UniSat program is to develop the knowledge and competencies of girls in the nanosatellite construction, as well as to improve skills such as teamwork, public speaking, time management and creativity.