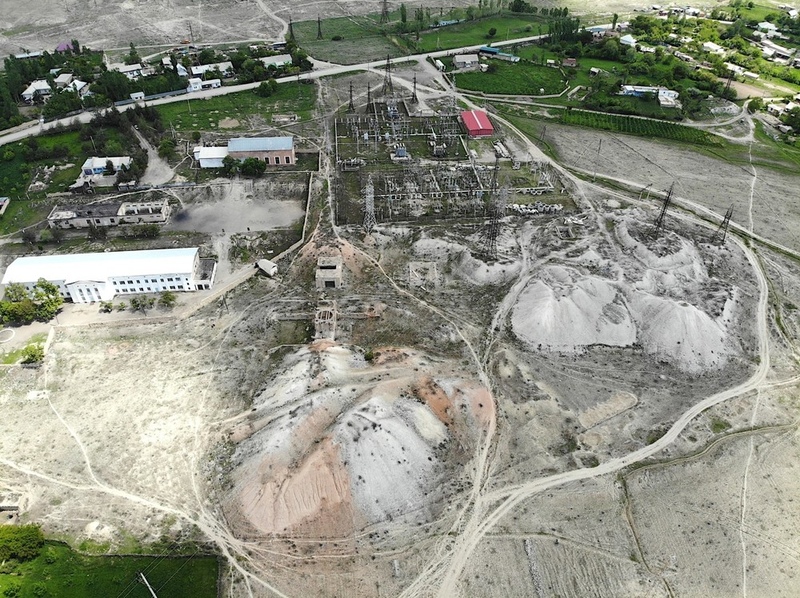 The activity, funded through the Environmental Remediation Account for Central Asia (ERA), was completed on schedule and below the projected budget despite difficulties caused by the Covid-19 pandemic. Both sites were certified and accepted by the Kyrgyz authorities in December 2021 and February 2022 respectively.

The settlement of Shekaftar was founded in 1944 as part of the development of uranium-mining operations. Located in the south-western part of the country close to the Uzbek border, it is home to around 3,700 residents. Most of the mine sites were located in the village and very close to residential areas. The remediation works on site included the closure of mine openings, the removal of waste-rock dumps and the demolition and disposal of mining facilities.

Following the completion of remediation works in Shekaftar, locals received new areas for private, communal and business use. The scope of works also included upgrades to key local infrastructure such as a water pipeline, which will now provide an additional and much-needed water supply for the population, as well as a bridge and roads.

The second uranium legacy site of Min-Kush is located approximately 130 kilometres to the south of Bishkek on the banks of the Min-Kush River in the Tian Shan Mountains. Like Shekaftar, the village of Min-Kush was built to support uranium mining. It was heavily affected when uranium mining was discontinued in the late 1960s and following the dissolution of the Soviet Union in the early 1990s, but today around 3,200 people still live in the village.

The ERA-funded remediation project at the Min-Kush site is now complete, reducing risks that the mining legacy posed to Min-Kush residents. The demolition of the former ore-processing plant facilitated the creation of clean, flat surfaces, which can now be used for community purposes, including a venue for traditional nomad sports. This will help generate more local revenue by attracting tourists. Further remediation works, funded by the Commonwealth of Independent States, remain ongoing.

Central Asia served as an important source of uranium in the former Soviet Union. A large amount of radioactively contaminated material was placed in mining waste dumps and tailing sites. The contaminated material is a threat to the environment and the health of the population. The hazards include the possible pollution of ground and surface water in a key agricultural centre of the region.

The EBRD has been active in addressing nuclear safety legacies since 1993 and is successfully continuing its engagements despite challenges caused by the coronavirus crisis. In addition to the transformation of Chernobyl, the Bank is also managing the decommissioning of former Soviet-era nuclear reactors in Bulgaria, Lithuania and the Slovak Republic and the safe disposal of radioactive waste in north-western Russia.

The ERA, established in 2015 at the initiative of the European Union (EU) and managed by the EBRD, addresses the legacy of Soviet-era uranium mining in Central Asia. The EU is the ERA’s biggest donor, while contributions have also been made by Belgium, Lithuania, Norway, Spain, Switzerland and the United States of America to date.