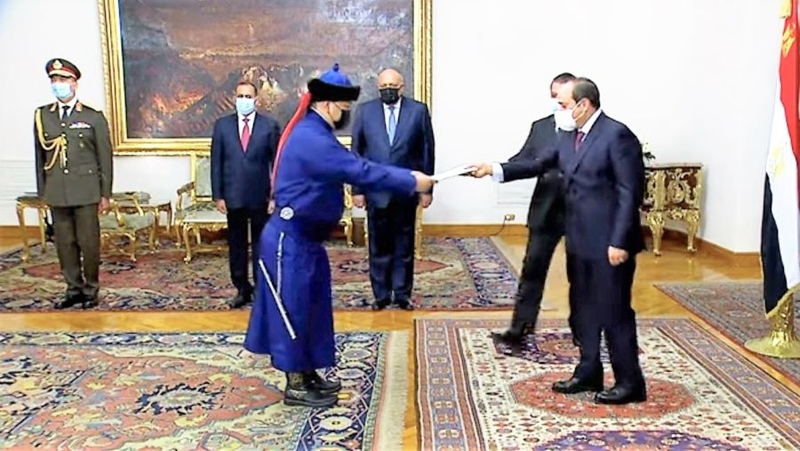 During the credentials ceremony, Ambassador E.Bulgan expressed his commitment to work for the expansion of traditionally friendly relations between Mongolia and Egypt in all fields and conveyed the Mongolian President’s greetings and invitation to the Egyptian President to visit Mongolia at his convenience.

The Egyptian President noted that government organizations of Egypt would give all round support to the Ambassador for the development of bilateral relations and cooperation.

Mongolia and the Arab Republic of Egypt established the diplomatic relations on April 2, 1963.