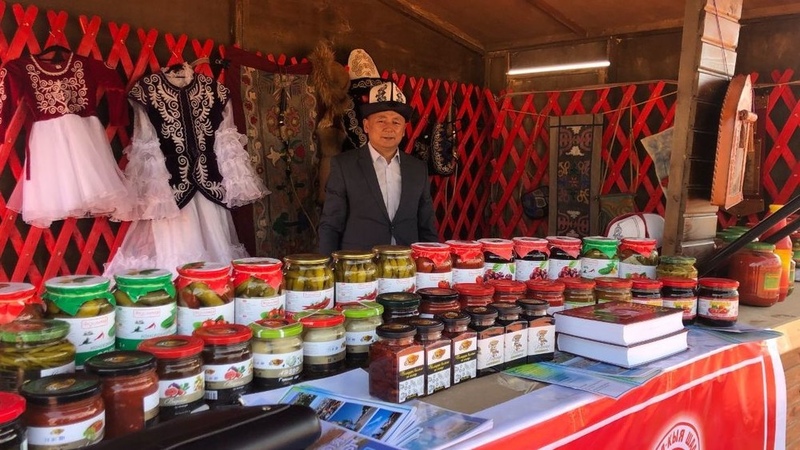 AKIPRESS.COM - The Kyrgyz delegation headed by Ambassador Kubanychbek Omuraliev took part in the opening of the exhibition Hatay Expo 2022 themed Garden of Civilizations organized by the Mayor's Office of Hatay March 31-April 1, the foreign ministry of Kyrgyzstan said.

The Kyrgyz delegation included MP Nurlan Azygaliev, mayors of the cities Kara-Balta Mr. Daniiar Shakirbaev and Kyzyl-Kiya Mr. Asilbek Matkalykov, Head of the Panfilov district of the Chui region of the Kyrgyz Republic Mr. Mail Aliaskarov and entrepreneurs from these cities.

Gardens (decorated with plants) and pavilions from more than 15 provinces of Turkey and 13 foreign countries, incl. Germany, China, Italy, South Korea, Nepal, the Philippines, etc were presented. The Mayor of Hatay Mr. Lutfi Savash, the Head of the International Association of Horticultural Producers Mr. Bernard Oosterom and the Chairman of the Republican People's Party of Turkey Mr. Kemal Kylychdaroglu made a speech at the opening of the exhibition.

Kyrgyzstan organized its pavilion installing a Kyrgyz yurt and showing items of Kyrgyz folk culture and life, products manufactured in the cities Kara-Balta and Kyzyl-Kiya and brochures and booklets about the tourism potential of the Kyrgyz Republic were presented.

As part of participation in the exhibition on March 31, the Kyrgyz delegation headed by Ambassador Kubanychbek Omuraliev met with the Mayor of Hatay Mr. Lutfi Savash. During the meeting, the parties discussed issues of strengthening cooperation between the cities of Kara-Balta and Hatay, which are sister cities, as well as establishing interaction between the mentioned Turkish city and Kyzyl-Kiya city.

On April 1,the Kyrgyz delegation met with the leadership of the Chamber of Commerce and Industry in Iskenderun. During the meeting, the Kyrgyz side made a presentation on the investment potential of Kyrgyzstan and the benefits of doing business in our country. They were informed on projects in the field of energy, agriculture, subsoil use, etc. Entrepreneurs of the Chamber of Commerce and Industry of Iskenderun were interested in the proposals of businessmen from Kyrgyzstan on the implementation of projects in the field of honey export, processing of agricultural products and the creation of an enterprise in the field of subsoil use. The parties agreed to continue cooperation on these projects in the future.