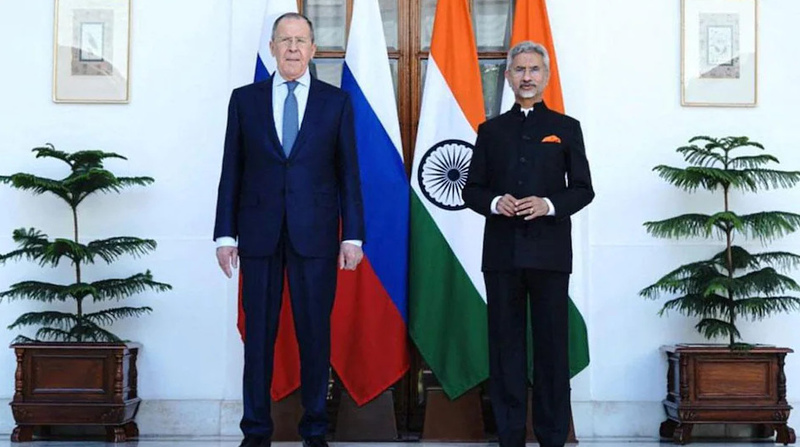 AKIPRESS.COM - Russian Foreign Minister Sergey Lavrov called India’s External Affairs Minister S Jaishankar “a real patriot of his country” after the latter firmly stated that India will decide its foreign policy in light of demands of cutting down imports from Moscow in the context Russia-Ukraine conflict, Business Today reported.

In an exclusive interview with India Today, Sergey Lavrov said, Minister Jaishankar is a seasoned diplomat and a real patriot of his country. Lavrov quoted Jaishankar’s statement that “we will be taking the decision for our country on the basis of what India believes it needs for its development for its security". Not too many countries can say something like this, Lavrov said.

Lavrov said that Russia cannot rely on any of its western colleagues for food security, defense, or some strategic sectors. He added, “We are open to cooperation with all other countries who do not use illegal, illegitimate measures in violation of the UN charter. We cooperate with India bilaterally.”

He further talked about the Russian government’s support for Prime Minister Modi’s ‘Make in India’ scheme.

“With India, we supported Prime Minister Narendra Modi’s concept of ‘Make in India’. We started substituting the simple trade with local production, shifting production of the goods needed by India on their territory,” Sergey Lavrov said.

Sergey Lavrov firmly stated that Russia can provide India with whatever support the latter needs in the defense sector.

“On defense, we can provide anything India wants, and technology transfer in the context of defense cooperation is absolutely unprecedented for any of India’s outside partners,” the Russian foreign minister told India Today.

The transactions are happening through Sberbank, said Director General and CEO, Federation of Indian Export Organisations. We have just shipped 60 containers of non-basmati rice to Russia, he added.

Exports had almost stalled amid the uncertainty that followed Russia's military action on Ukraine on February 24. The trade is being settled through the Rupee-Ruble route to the extent possible, while some banks are providing remittances in euros, said a person aware of the details. Officials of both countries have held talks relating to trade and payments.