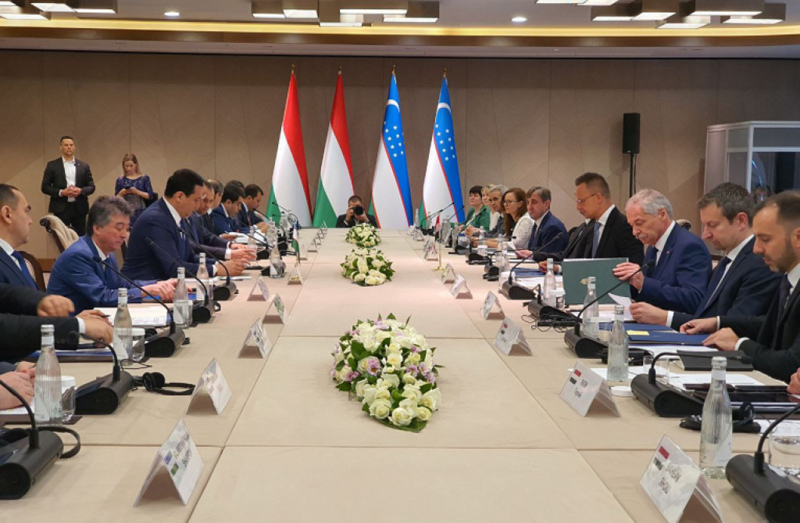 AKIPRESS.COM - The 7th meeting of Uzbekistan–Hungary Intergovernmental Commission for Economic Cooperation was held in Tashkent.

The meeting was chaired by Deputy Prime Minister – Minister of Investments and Foreign Trade of Uzbekistan Sardor Umurzakov and Minister of Foreign Affairs and Trade of Hungary Péter Szijjártó.

The meeting was also attended by heads of line ministries, agencies, industry associations, as well as representatives of the administration of individual regions of the two countries.

The parties discussed issues of cooperation in the investment, industrial, trade and economic, banking and financial, cultural and humanitarian spheres, as well as in interregional cooperation.