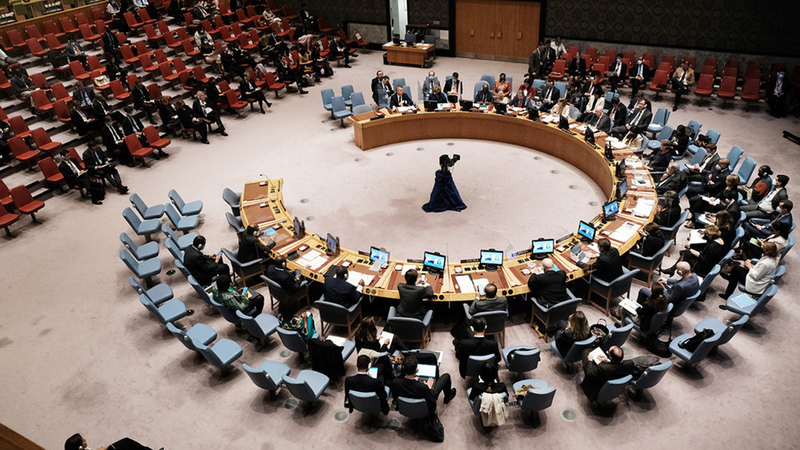 AKIPRESS.COM - UN Security Council unanimously passed the resolution on Ukraine since start of Russia's military operations there on February 24.

"Today, for the first time, the Security Council spoke with one voice for peace in Ukraine. As I have often said, the world must come together to silence the guns and uphold the values of the UN Charter. I welcome this support and will continue to spare no effort to save lives, reduce suffering and find the path of peace," UN Secretary General Antonio Guterres said.

Last week the UN chief flew to Europe where he met with Russian President Vladimir Putin in Moscow and Ukrainian President Zelenskiy in Kyiv.

“The Security Council expresses deep concern regarding the maintenance of peace and security of Ukraine,” said the Council President for the month of May, Ambassador Thomas-Greenfield of the United States, on behalf of the Ambassadors.

“The Security Council recalls that all Member States have undertaken, under the Charter of the United Nations, the obligation to settle their international disputes by peaceful means,” the communication continued.

It went on to express “strong support” for the Secretary-General’s efforts to find a peaceful solution.

The adopted text was drafted by Norway and Mexico.