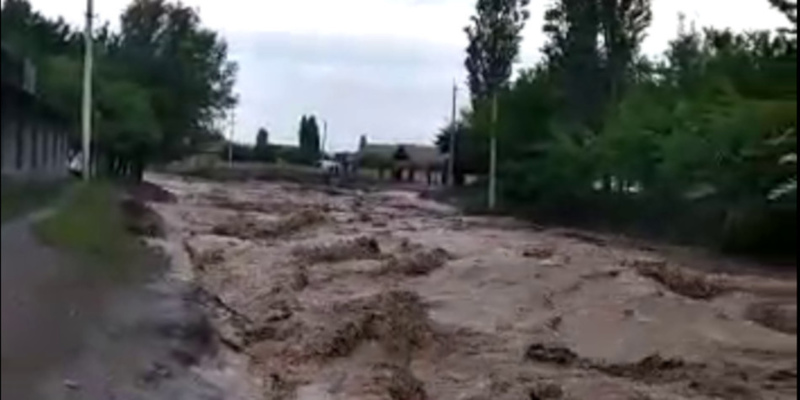 The torrential rain caused a mudflow in Otukchu village at around 7:00 PM on May 11.

Mudflows were diverted in a special protection canal in Batken town.