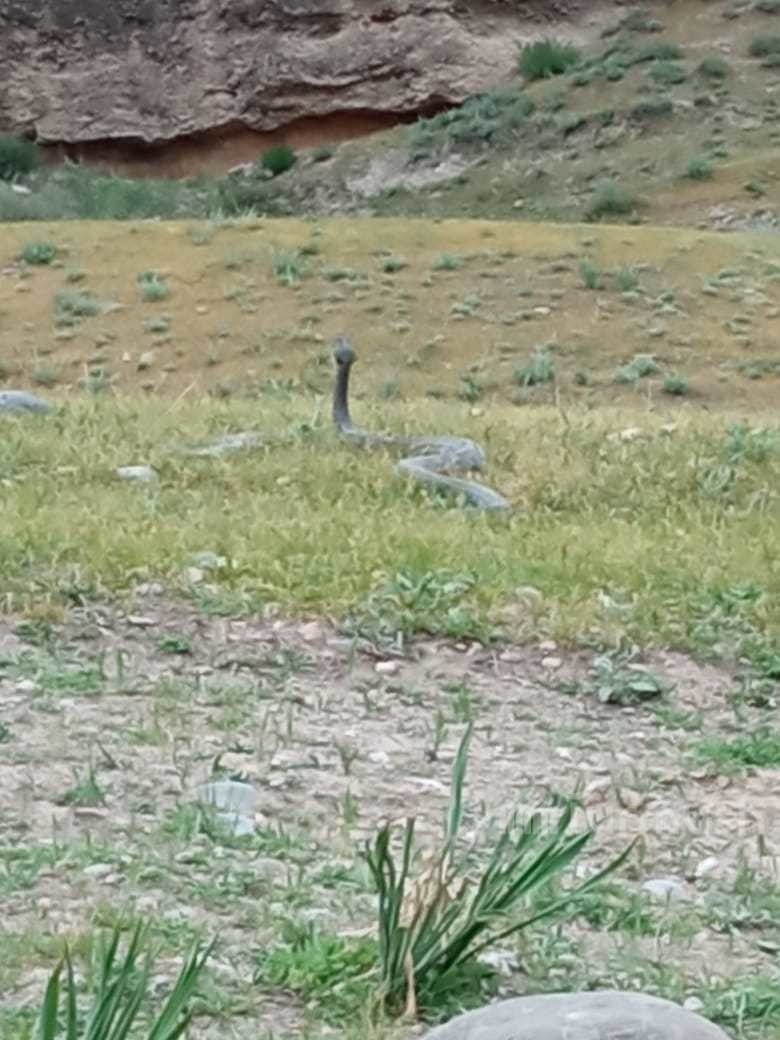 Locals killed several snakes fearing for their lives and their livestock.

Residents of Ak-Suu village, Leilek district of Batken region, said they saw a huge snake not far from their village several days ago. It looked so frightening that they feared to approach it closer. They marked the place and went to the village for a hunter.

"We were very afraid about children and animals and called for the hunter. He climbed the mountains with us. He found the snake in the marked place and killed it with shotgun. The snake was almost 2 meters long and it was as wide as an adult man arm. The hunter said it was the second snake he killed. A week earlier he killed a large snake in the mountains. It was longer than 2 meters and wider than the second one," villagers said.

"This is a venomous snake endemic to Central Asia, one of the largest, most dangerous and treacherous snakes in Kyrgyzstan. It is not afraid of a human being, it often attacks immediately without taking a pose of threat. Its bites lead to severe consequences, sometimes fatal. Blunt-nosed viper often reaches more than 2 meters in lenght and up to 5 kg in weight. The color of the snake may vary from light brown to black depending on the habitat, allowing it to blend into the landscape and become invisible. Blunt-nosed viper hunts at night for rodents and birds, but in spring and autumn it is very active during daylight hours. Herpetologists know very well that when attacking, a blunt-nosed viper can make a throw equal to the length of its body. Quickly and without warning, vipers bite guard dogs and grazing livestock. After being bitten by a viper, animals practically do not survive, and people need urgent hospitalization," the biologist said.