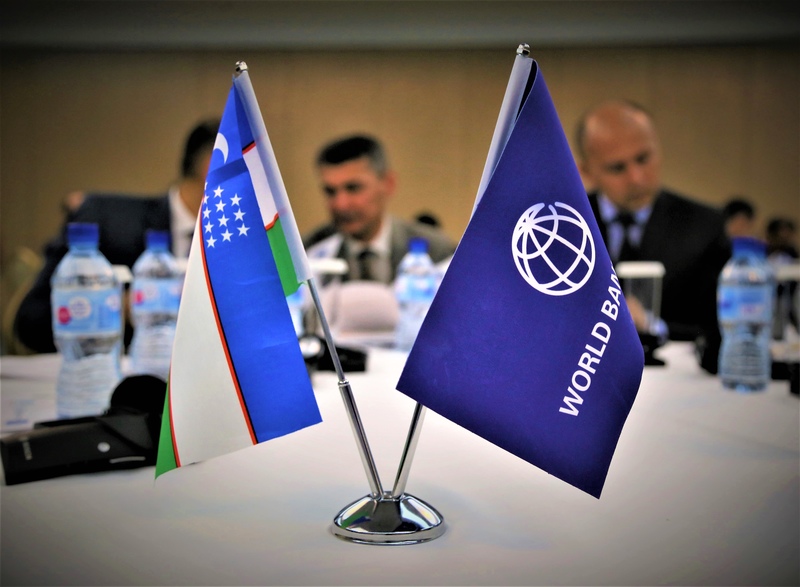 AKIPRESS.COM - The World Bank Group’s Board of Executive Directors discussed and endorsed the Uzbekistan Country Partnership Framework (CPF) for the period 2022-26. The CPF will guide the World Bank Group’s work for the next five years supporting the Government of Uzbekistan’s strategic priorities outlined in the National Development Strategy for 2022-26.

Uzbekistan joined the World Bank Group’s institutions (the World Bank, International Finance Corporation (IFC), Multilateral Investment Guarantee Agency (MIGA)) in 1992-93. The new CPF marks 30 years of partnership between the Group and Uzbekistan. Since 2017, this partnership has evolved into strong cooperation, as reflected by the unprecedented level, diversity and dynamism of World Bank Group financing, knowledge products and technical assistance.

The World Bank and IFC have supported Uzbekistan’s ambitious reforms to transform and modernize its economy, society and private sector, thereby contributing to the achievement of many important milestones for the country. Notable examples include the elimination of forced labor from the cotton harvest through reforming and modernizing the agriculture sector and the launch of first large-scale, privately developed and operated renewable energy facility - the solar photovoltaic power plant in the country’s Navoi region.

The CPF will also pursue cross-cutting objectives that are indispensable for a successful transition and for Uzbekistan to achieve its 2030 ambitions: 1) closing gender disparities; and 2) strengthening citizen participation and accountability for public services.

The CPF was developed based on a comprehensive analysis of Uzbekistan’s remining development challenges and potential opportunities through a Systematic Country Diagnostic, as well as lessons learned from the implementation of the previous CPF and extensive consultations with the central and local authorities, civil society, the private sector, academia, and international development partners.

Today, the World Bank’s program in Uzbekistan consists of 28 projects supporting various economic and social reforms and the modernization of various sectors, with commitments totaling $5.26 billion. These include concessional credits from IDA for roughly $3.23 billion (issued at zero or very low interest for a period of 30 years and provided for a grace period of 5 years) and loans from the IBRD for $2.03 billion. About $2.66 billion of these total commitments is still to be disbursed and will contribute to the implementation of the new CPF.

IFC has invested $230 million in Uzbekistan, supporting 18 projects across sectors to spur private sector growth and development. Its investments have been complemented by advisory work including supporting the government in preparing state-owned banks for privatization, transforming the cotton sector, developing the chemicals industry, and piloting landmark health and power PPPs.