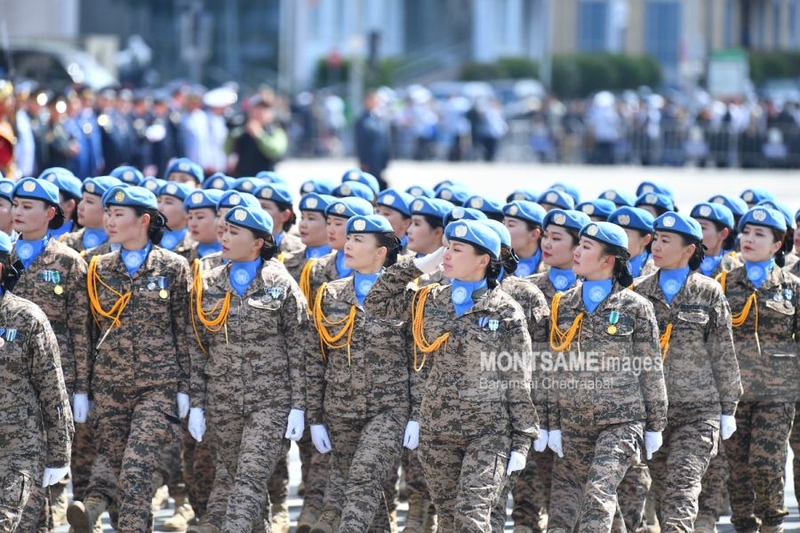 AKIPRESS.COM - On the occasion of the 20th anniversary of the Mongolian military's participation in United Nations peacekeeping operations, a ceremonial parade took place at the Sukhbaatar square in Ulaanbaatar on May 29, Montsame reports.

President of Mongolia - Commander-in-Chief of the Mongolian Armed Forces Ukhnaa Khurelsukh gave opening remarks. Highlighting that about 900 military personnel are involved in UN peacekeeping operations each year which is a large contribution when taking the population into account, he expressed sincere gratitude to the Mongolian peacekeepers on behalf of the country’s people.

Mongolia began to observe the International Day of the UN Peacekeepers from 2005 per the Government’s resolution No.140. In its framework, an event was also organized at the Central Cultural Palace on May 27 to promote female peacekeepers.

Mongolia’s participation in peacekeeping operations is significant for expanding relations and cooperation with countries and international organizations, ensuring the country’s security through political and diplomatic methods, accelerating the state policy on military reform, and bringing military exercises and training up to international standards.

Mongolia first joined UN peacekeeping in 2002, with the deployment of two military observers to Democratic Republic of the Congo for the UN Mission for the Referendum in Western Sahara.

Since the deployment of its first troops, Mongolia established diplomatic relations with 52 countries, and further strengthened cooperation with its two eternal neighbors, Russia and China, and ‘Third Neighbor’ countries such as the US, Germany, South Korea, India, Turkey, France, Canada, Japan, and Qatar in the defense sector.

About 19,000 Mongolian military officers and personnel have served in UN missions around the world.