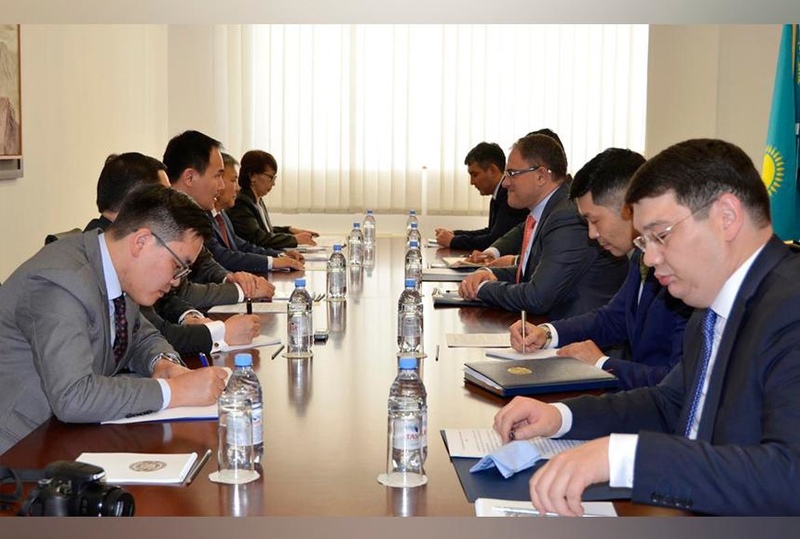 AKIPRESS.COM - Kazakh-Mongolian political consultations were held in Nur-Sultan on May 31, the Kazakh foreign ministry reported.

Deputy Minister of Foreign Affairs of the Republic of Kazakhstan Roman Vassilenko and Deputy Minister of Foreign Affairs of Mongolia Batsumber Munkhjin discussed issues of bilateral political, trade-economic and cultural-humanitarian cooperation, as well as collaboration in regional and international organizations such as UN, CICA, OSCE and others.

The similarity of positions and mutual support at these platforms were noted. The sides highlighted positive dynamics of trade turnover between two states this year and considered perspectives of cooperation in agriculture, mining, transit and transport potential.