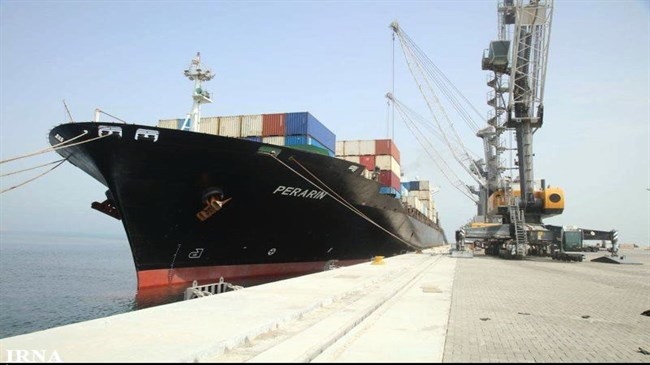 AKIPRESS.COM - India and Iran on Thursday reaffirmed their commitment to continue their cooperation on the development of the Chabahar Port as a transit hub for the region including Central Asia and said delegates from the two counties will meet soon to address operational aspects of the key port, Business Standard reported.

Both sides reviewed the progress made at the Shahid Beheshti terminal, Chabahar port in Iran.

For India, the Chabahar Port is a much-needed project for sea-access to landlocked Afghanistan and Central Asian region. The port has also emerged as a commercial transit hub for the region. It is a more economical and stable route for landlocked countries of the region to reach India and the global market.

This commitment to continuing cooperation on the Chabahar Port was made during Iranian Foreign Minister Hossein Amir Abdollahian's visit to India starting Wednesday. This is the first official visit of Abdollahian to New Delhi, since he assumed office in August 2021.

New Delhi and Tehran have also agreed to “precipitate” investment in the Chabahar Port which is being developed with the help of India, the visiting minister said.

Iranian minister also said Chabahar Port is a very reliable infrastructure asset and added that it is already functional with help from Indian investment.

The two ministers reaffirmed their commitment to continue to cooperate on the development of Chabahar Port. Teams from both countries will be meeting soon to address operational aspects.

During his visit, the Iranian Foreign Minister called on Indian Prime Minister Narendra Modi and also held a meeting with the National Security Advisor, Ajit Kumar Doval. Abdollahian said after the meeting that New Delhi and Tehran have agreed to “delineate a long-term roadmap”.

During delegation-level talks, Jaishankar and his Iranian counterpart discussed the entire gamut of bilateral relations including political, cultural and people to people ties. Jaishankar appreciated the role of Iran in facilitating India's medical assistance to Afghanistan, including supply of COVID-19 vaccines to Afghan nationals residing in Iran.

The Ministers also discussed international and regional issues, including Afghanistan and the sides reaffirmed the importance of providing immediate humanitarian assistance to the people of Afghanistan and reiterated the need for a representative and inclusive political system in support of a peaceful, secure and stable Afghanistan.

Iranian foreign minister said further developing and consolidating the bilateral relationship between Iran and India, which formally started 160 years ago with the establishment of a Iranian diplomatic presence in then Bombay, is in the interest of both the countries.